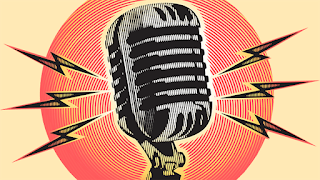 I've recently been listening to a couple of Geeklyinc podcasts.

The first is then deliciously darkly comic SAYER - as the blurb says:-


SAYER is a narrative fiction podcast set on Earth’s man-made second moon, Typhon. The eponymous SAYER is a highly advanced, self-aware AI created to help acclimate new residents to their new lives, and their new employment with Ærolith Dynamics.

I'm enjoying it a lot - witness the fact that I zoomed through 50 episodes in a couple of days (and nights!) and have been eagerly awaiting new ones.


actual play of the Call of Cthulhu tabletop roleplaying game using a modified version of the d20 ruleset.

This I'm more ambiguous about.  I want to listen to some Call of Cthulhu play or some Mythos-inspired Pulp Fiction, but the truth is that I don't find the cast very engaging.

I've thought about it, and it comes down to the fact that They Are Dicks.  I don't mind the swearing (they make a feature of it, keeping a "fuck count" which brings a penalty.  No, what it comes down to is that (despite the GM and one of the three players being women) it's deeply misogynistic.  That might be acceptable in the role-play - set in the 1950s after all - but it's in their personal interaction.  I don't like hearing women referred to as 'bitches' and all the references to 'pussy'.

So, if anyone has any recommendations for other Pulp listening, I'd be grateful.  It doesn't have to be as pure as the driven snow, but Dicks need not apply. 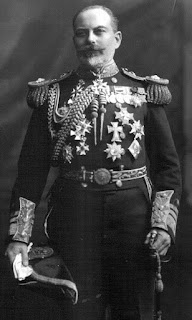 On the dead tree front I've been buying and reading some WWI naval books lately.

It's good to reignite old interests.

It's been making me think I should make some more Old Salts posts.  Last night in reading a chapter I thought on four different occasions 'Now his story would make and interesting post".
at 16:22