You don't get to my age without coming into contact with death.  I was a school and university with people who died in their twenties; I lost both my parents and a brother; and have had my own close brush.  I have a dear friend who's currently planning a service for herself that will probably take place in weeks rather than months.

Yet sudden death continues to have the power to shock and make us stand still in our tracks. 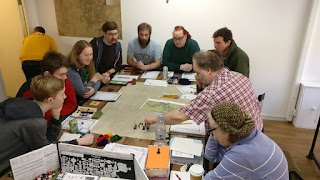 As regular followers of this blog will know, the opening of The Games Table in Norwich has made a huge difference to me.  'Hobby time' has moved from a theoretical and on-line activity to one where I regularly get actual games in with real people.  This morning I heard that one of those regular players has unexpectedly died. 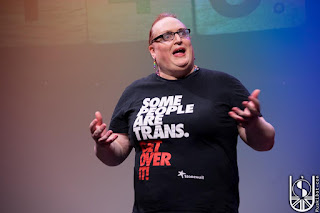 I didn't know Lizzie Vaughan as well as I should have - we didn't socialise away from The Table.  That was a shame really as I think we shared a lot of common views and that a night in the pub with her would be interesting (if rather loud!).

Just from casual conversations it was clear that family was very important to her.  She had worked at Aviva (as most of Norwich seems to have at some stage!) and, I believe, the NHS.  She was a union rep.  Most prominently she was a campaigner for Trans Rights, active in Norwich Pride and a member of the Sing With Pride choir. 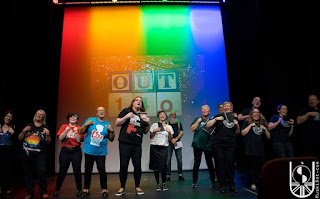 Lizzie wasn't always the easiest person to play with - she tended to talk over other players and the GM, and always wanted to be centre stage.  But I don't think this was from selfishness.  She was a very big character and tended to dominate.  I'm glad I knew her - and sure she impacted on many peoples lives for the good.  Our games will be different from now on. 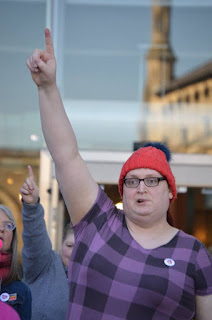 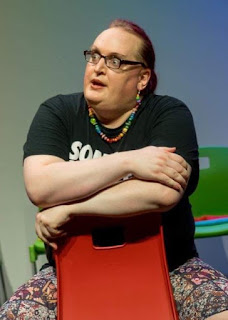 As those of you who play RPGs may know, Saturday 15 June is Free RPG Day.  Established in 2007, Free RPG Day works with participating hobby game retailers and RPG publishers to bring new and exclusive RPG quickstart rules and adventure modules into the hands of gamers.  The goal of the day is to inspire gamers to play a new RPG, which will in turn, create sales through local game stores. 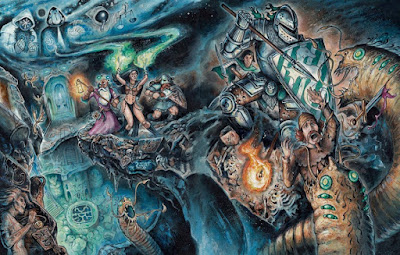 I've signed up for a game being hosted here in Norwich by the Friends of the Hammer (facilitators of Old School Gaming) at our FLGS, The Games Table.

Glory & Gold Won by Sorcery & Sword! The Dungeon Crawl Classics introductory adventure - The Portal Under The Stars - teaches this awesome game from the perspective of a FUNNEL adventure. The concept? Heroes aren't made from points and planned progression, they are forged in the fire of the crucible. 20+ farmers, wainwrights, gravediggers and other villagers enter, and a few ragged heroes emerge!

The game is perfect for beginners, requiring zero prior knowledge. Your surviving characters can be kept, having become stalwart heroes of sword and sorcery ready for adventure, and used in any other DCC adventures run by Friends of the Hammer!

There will be only 6 spaces for each game, and unlike our Open Table games you will be able to sign up to reserve a space - contact Kieran at The Games Table via Facebook Messenger or in-store to get your place reserved. Ages 13+.

People have been telling to try a Funnel Game for a while, so here goes...

No doubt there will be other stuff going on in Norwich for the Day (I know at least one other store is participating), I'll keep you informed.
at 13:05 No comments: Links to this post