Doctors: Past, Present and Future

If you have the remotest interest in Doctor Who you would have had to be living under a stone to miss two recent news items.  First. the sad death of Sir John Hurt and, secondly, the fact that Peter Capaldi is to stand down as the current incarnation. 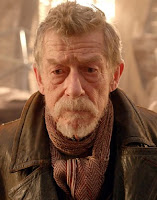 Tens of thousands of words have been written about John Hurt (after all he had a long and very distinguished career), and I have very little to add to them.  In a way his role in Doctor Who was a minor one - the War Doctor only appeared in a couple of episodes, but the character was a piece of genius retconning.  Without a doubt the concept could have fallen flat if he had been played by a lesser actor.  Hurt gave it a huge dramatic punch. 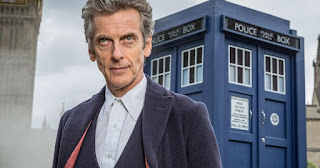 And Capaldi?  He had his annoying bits and pieces (which seem to be a necessary part of playing the Doctor these days), but on the whole I think his has been a good incarnation.  Let's see what he does in the coming season...

We're now faced with the old questions - "Can the next Doctor be a woman/be black?".  I'm not going to go down that line.  All I can say is that the writers made it very clear in the episode 'Hell Bent' that a male, white Time Lord can regenerate into a  black woman.  Some of the names mentioned as potential Doctors (and I'm thinking Idris Elba here) are too 'big' to be able to devote the time needed to being the Doctor (there's so much more work than merely shooting the show).

All I will say is that I think the BBC will go with a young Doctor again - Capaldi was apparently lacking 'yoof appeal' and wasn't sufficient of a heart-throb.  It is said that 'they' want to appeal to the yoof market (more of which later) and ratchet up the sexual tension with the Companions.  Really, they're harking back to the David Tennant glory days... 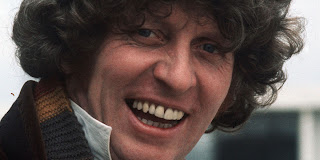 The third bit of actory news was that it was Tom Baker's 80th birthday in 20 January.  This launched a lot of nostalgia on social media.  It also prompted the BBC Store to have a special offer on several of the Fourth Doctor seasons. 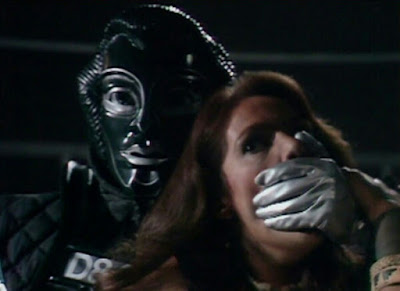 These special offers are worth looking out for.  For example, this week marks the 40th anniversary (yes really!) of one of the best stories in Doctor Who - the incomparable Robots of Death.  To mark it, the BBC Store is selling it's robot bundle (a collections of serials from Hartnell to Capaldi) at half-price if you use the code ROBOT50 (possibly someone was too young to spot the error).

Recently I've been watching Class.  It's a Who spin-off aimed a the said 'yoof'.  Initially is was only shown on BBC3 (the BBC's web-only channel), but is currently on BBC1 (I believe it's soon to debut on BBC America).  It's set in the Coal Hill Academy (as the old grammar now is).  Apparently all the timy-wimy stuff that's been going on there since the sixties has left the space-time barriers very thin and prone to incursion (one exchange in the first show was 'So it's like we're on a hellmouth?', 'No, a bit more like The Vampire Diaries'.  Nobody said 'Oh!  Exactly like Cardiff is in Torchwood before it got all wierd').  So it's down to a group of ethnically-diverse sixth-formers (plus an emigre alien prince and his slave/bodyguard/prisoner) to Save the World.  Basically it's a cross between the Sarah Jane Adventures and Torchwood before it got weird.  Those of my readers who don't like sex in Doctor Who (especially gay sex with aliens) better not watch.

On the Paint Table 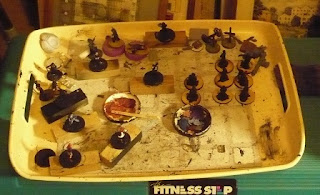 I do have some Who figures on the paint table, but as per the rules of the Analogue Painting Challenge I won't discuss them until they've featured there.  That was supposed to be this week (I'm one of the Monday crowd), but that was stymied by a bad chest cold.  Hopefully next week.  All I will say is that they are Companions.

I was going to do a TARDIS for the 'Terrain: Home' bonus round, but have completely buggered up construction of the (two-piece) model. 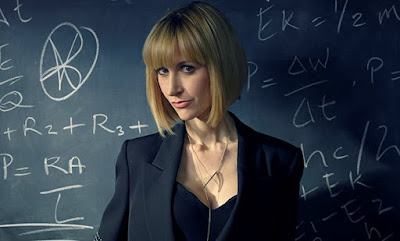 Curt's wheeze of having a cull off those who hadn't submitted to the Painting Challenge by 20 Jan served to give me the kick up the backside I needed.  Just in time, I manged to get these fellows done. 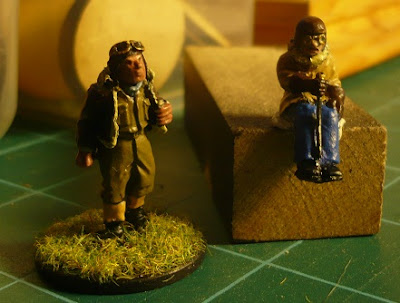 The first is from Ironclad Miniature's splendid VSF range - the pilot from their steam helicopter.  I won't be submitting  the (still partially-finished) helicopter as part of the Challenge, as it was started some months ago, but included a picture of him in the aircraft for context.. 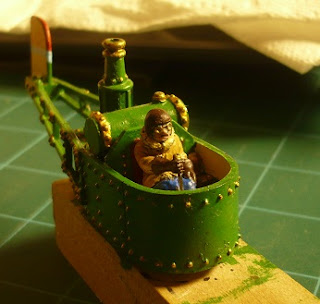 The pilot striding out to his Spitfire or Hurricane is from the ever-reliable Artizan - their Pilot Officer Reynolds.   I decided for khaki rather than RAF uniform as likely to use him in a Pulp setting.  I was rather pleased with how he came out. 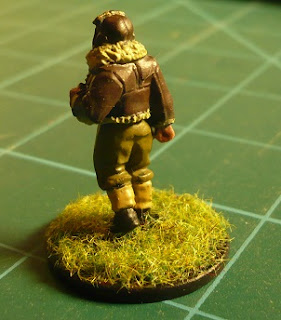 For the EAST Bonus Round I thought I would submit some proper East End villains.  So here are Wing Fen, the Limehouse Scholar, and some of his 'students'. 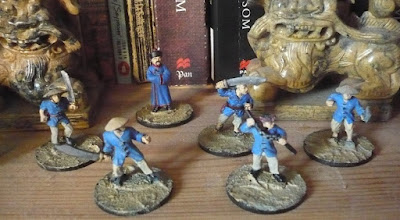 They were horribly rushed, and I'm far from happy with them - especially the bases.  My original intention was to try to base them with some Victorian paving stones or cobbles, but I didn't really have the time, so instead I went with my usual 'Home Counties gravel quarry' (in this case doubling as the famous yellow mud of the Yangtze). 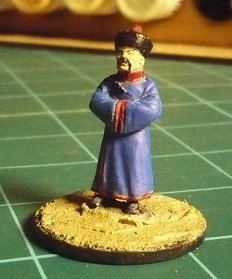 Dr Wing is from Ironclad Miniatures' series of VSF Characters, whereas the muscle are from Foundry's Victorian range. 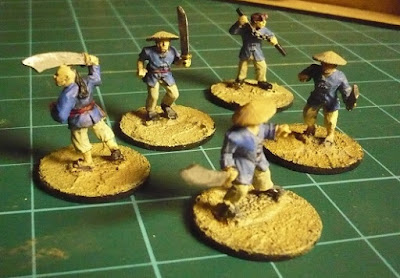 Lately it's been hard to stop these posts being advertisements for Warlord Games.  That's because I've been doing very little Dr Who related and they've been doing rather a lot!  Hopefully that will change once I get my chops in gear for the Analogue Painting Challenge - we'll see. 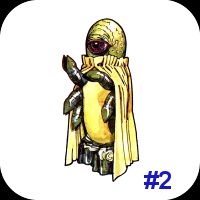 Dr Who fans of my vintage will fondly remember the Weetabix promotions of the 1970s.  The artwork was the work of Gordon Archer, and it's now available in various formats through a website run by his son, Yellow Planet,  (as is the work he did tied-in with Star Trek and other popular shows).  Great fun!

One of the things the company promised when it took on the licence, is that they would produce a mixture of 'New' and 'Classic Who' figures.  A couple of forthcoming releases show that they're coming good on their promise. 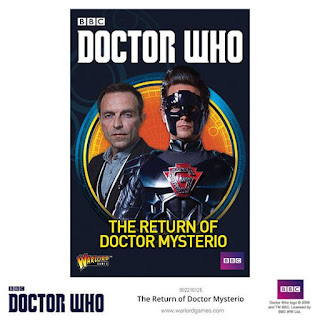 First is the newest of 'New Who' - figures from the 2016 Christmas Special.  You don't get much more topical than that! 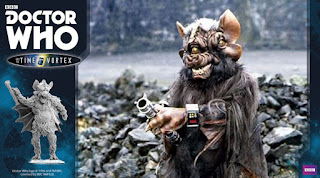 Secondly, we have some 'Old Who' monsters: the Tetraps.  These are pretty obscure chaps - only seen in the 1987 episode 'Time and the Rani' (Sylvester McCoy's first story) - basically humanoid vampire bats.  An interesting choice - but release dates seem to be tied to getting approval from the BBC, etc, rather than any Grand Plan (see the interview below).

Fir those of you who want to read about Warlord's plans from the horse's mouth ("read... from the mouth"?  Surely something wrong there?)  there's an interview with Paul Sawyer:  Part 1 and Part 2.  There's a lot in the pipeline it seems! 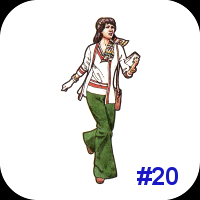