Tonight being Halloween, The Wife and I decided to do one of those things we only ever seem to manage once or twice a year - get a game in!

In honour of the season we decided to have a go at Strange Aeons - a straight fight between Agents and Nosferatu(s). 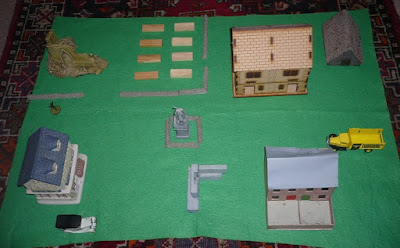 Rumours of strange deaths and disappearances around the town of Eskmouth have reached the ears of the Agency.  A crack team of investigators were according sent to find out just what was going on... 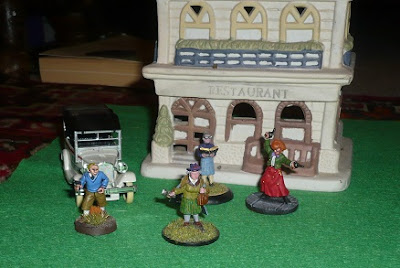 ...a nest of Vampires in the old abbey ruins! 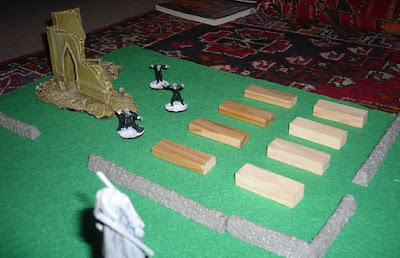 Positions were taken and we faced off, trying out the unfamiliar ruleset.

It worked well, though I realised some aspects too late (some weapons had to be Readied as an Action) and kept forgetting others (that the terror of facing up to vampires forced Resolve checks). 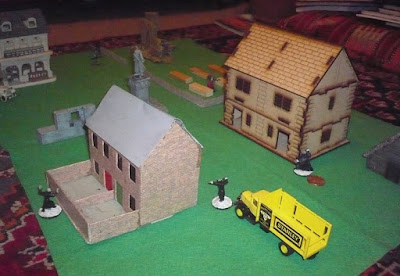 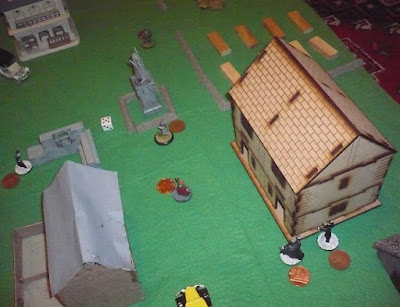 And even when Stoopy the Vampire did get into base-to-base contact with Miriam the Lady Librarian it didn't go well.  First, I remembered to force a resolve check on her: she failed, but then rolled Insane Frenzy, which doubled her attack dice.  Secondly, it turned out that she was a Kung Fu Master, so had three dice to my one.  And finally, she had the Strike-to-Kill skill.  Poor Stoopy, who had already suffered from a dynamite blast, was soon no more. 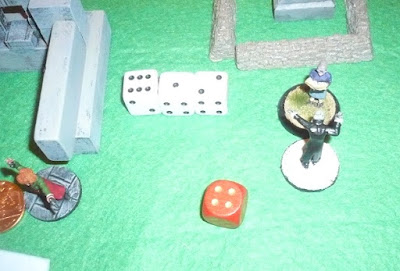 But we enjoyed Strange Aeons and found the rules easy enough to pick up.  We'll play it again.  We suspect that those scenarios which are a little more that a straight fight would be more interesting - especially when monsters who can only do close combat damage are faced up against agents armed with rifles and dynamite!