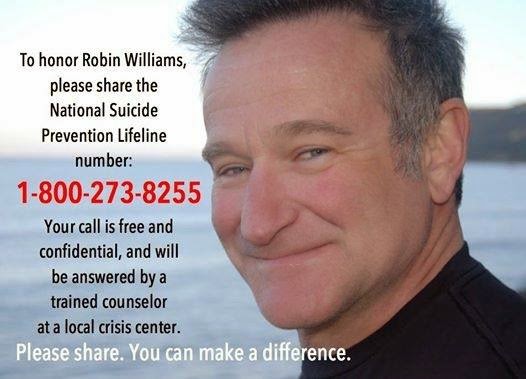 The death of Robin Williams has brought to the fore something I have touched on before - problems with mental health.


All these stats come from the Mental Health Foundation report Fundamental Facts.


In the UK, the Samaritans provides confidential emotional support 24/7 to those experiencing despair, distress or suicidal feelings.  They can be contacted by telephone, email, letter and face to face.  If you need to, talk to them.