Sailor in the Desert 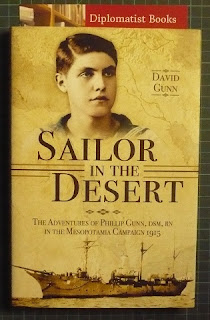 The Mesopotamian Campaign is an interesting one.  The Royal Navy, having made the decision to move from coal, it was necessary to protect the oil supply through the Persian Gulf.  To this end, three Royal Naval sloops were sent to the Gulf, supported by Indian Army contingents (in those Suez Canal days, the Gulf falling within the remit of the Indian Government as far as British policy was concerned) with the aim of  removing Ottoman troops from the Shatt-al-Arab and occupying Basra.

Initial operations in 1914 and '15 were so successful that mission creep developed and the Indian Government and the army sought a way to capitalise on these successes.  Accordingly, an over-ambitious plan to advance (some 500 miles) up the Tigris as far as Baghdad was developed.  More-and-more troops were sent up-river despite limited transport, resulting in over-stretched supply-lines.  After capturing Kut, the expeditionary force failed in the final 100 mile push to Baghdad and were besieged until they were forced to surrender in April 1916.  Some 23,000 British and Indian soldiers died in the attempts to relieve Kut, and over half of the surrendered force died in captivity.

This book isn't the one you want to read to get all the details, facts and figures of the navy's role in the campaign - that's Wilfred Nunn's Tigris Gunboats, reprinted a few times since it's first publication in the 1930s.  Nunn was the Senior Naval Officer, Mesopotamia, during the campaign, and to be frank, his book is a dry read.  On the other hand, Sailor in the Desert is written from the view-point of an 19 year-old Ordinary Seaman.  Gunn* wasn't particularly ordinary though.

After serving on HMS Clio during her defence of the Suez Canal and in the occupation of Basra, he volunteered for 'hazardous duties'.  He then, quite literally, found himself at the pointy-end of the advance up the Tigris - ahead of the main force in a steam launch taking soundings to check that the river was navigable for the vessels commandeered down-river to act as troopships. 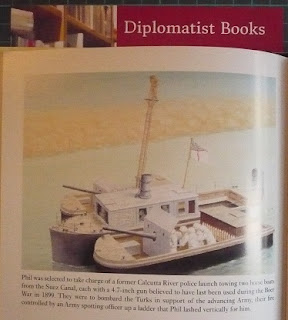 Later in the war, the Fly Class of gunboat was developed for these riverine operations, but at this time, two steam launches each towed horseboats which carried antiquated naval ordnance.  Gunn lashed a ladder to his cabin to accommodate a Royal Artillery spotter.  The launch also served to ferry senior officers up- and down-river.

For his services before he was invalided out, Gunn was awarded the DSM.  His obvious merit is reflected in the fact that he ended his career as Captain, RN.

All in all, this is a good read, but I found it slight and a little disappointing.  I gave it Three Stars out of Five. 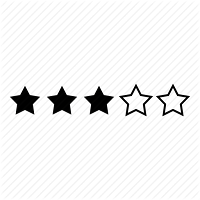