After a tiring day drinking all afternoon in the pub and playing board games all evening (my social life has picked up somewhat), it was nice to come home to a box of goodies from North Star. 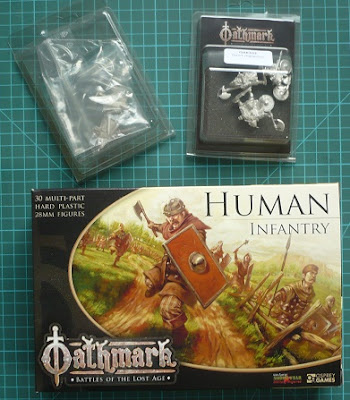 About a month ago I signed up for the pre-release offer on the new faction for their Oathmark range: the humans.  Oathmark is a fantasy range that is being done in collaboration with Osprey Publishing.  Eventually there will be a ruleset, but for the moment there are just the figures (human, dwarves. elves and goblins).  Given that the dwarves were launched a year ago, I'm not sure what is happening. 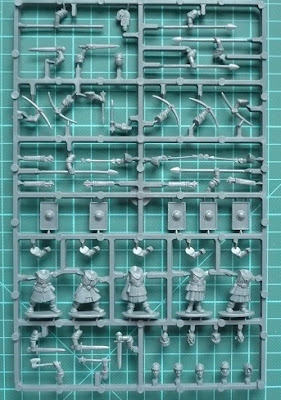 In the box you get six identical sprues, each with five torsos (none as dynamic as the box art) and an impressive number of variant parts.

With the pre-release offer came a free metal figure (on the right above).  I also splashed out on one of the human champions (mainly because of his fine 'tash) and a pack of three dwarf champions (regular readers will know I'm a sucker for dwarves). 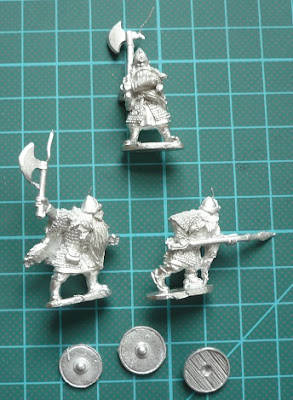