'Thanks Old Chap' and Podcasts 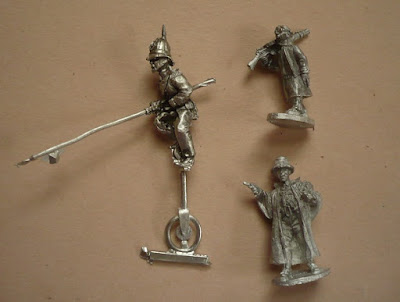 These came from a fellow blogger, who likes the world to think that he's a miserable old git, but many of us know as a open-handed, generous benefactor to various projects.  Thank's mate!

This morning I noticed in one of those 'On This Day' columns that today is the anniversary of the discovery of Ötzi the Iceman.*

*Not to be confused with Pete Marsh, who has a similarly 'amusing' name.

This prompts me to write about podcasts - something I've been meaning to do for a while.

Not being a fan of music, I like to listen to talk radio* or other interesting stuff while I'm on the computer or travelling.  Like a lot of people, I was put off podcasts early.  There are far two many barely-edited, unscripted stream-of-consciousnesses three-hour monologues (or worse, conversations between three or four people) by people who think they because they know something about their hobby they can produce a magazine show.   A particular bug-bear of mine is signal-to-noise ratio.  Why people can't add a little thing at the beginning of their podcast (especially if they consider they are presenting a magazine show!) that says "This starts with an intro and catch-up, we interview X at 48 mins, talk about Y at 138 mins and then discuss Z at 180 mins"**


*My radio station of choice is the BBC World Service, which probably tells you all you need to know about me!
**The answer of course is that this would mean admitting that  over two hours of their four-hour show consists of self-indulgent waffle!

But in search of entertainment, I've persisted.  As the best podcasts I've come across have been through recommendations on other people's blogs, I thought I'd pass a few on.

Here are the three I'm currently listening to: 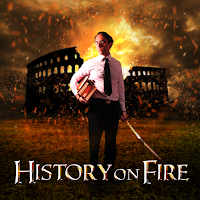 "Whether you like history or not, if you care about bravery, wisdom, passion, larger than life characters and some of the most emotionally intense moments in human experience, you have come to the right place."

This is a history blog by Daniele Bolelli, an Italian academic and martial artist (he also has a podcast on martial arts), who's been based in the US for the last twenty years of so (some people have a problem with his accent, but it seems clear enough to me).  He says he's influenced by Dan Carlin of Hardcore History, but I've never listened to these.

My reason for starting with mention of Ötzi is that one of Bolelli's early episodes was a discussion of him.  But if you want a taste of History on Fire, I suggest you start with Episodes 1 and 2, which are a discussion of slave revolts in the Roman Republic (Spartacus is in the second episode, the first sets the scene, discusses the first two slave revolts and why there were only three major slave revolts against Rome).

Episodes are generally between 1.5 hours to 2.5 hours.

As this includes video rather than just audio,  I'm not sure if counts as a podcast or is some kind of webshow*.  As the video consists of (admittedly beautiful) people rolling dice, I generally just listen rather than watch,  The show consists of a group of mates playing D&D**.  One advantage is that they've been doing so for some years, so are comfortable together and with the rules.   They play with good humour and without too much competition.  Another advantage is that they're all actors*** so know how to play in character and develop them convincingly.  The real treasure here is the love of the game that Matthew Mercer - the GM - has, and the amount of hard work he has put into world-making.  The show has been such a success that he's going to publish his setting.

*But I don't care.
**They currently play 5th Edition, but started their campaign with Pathfinder, and there's a lot of homebrew thrown in.
***Voice Actors - think video games and anime.  True nerds.

Be prepared!  Weekly episodes are between three and four hours long.It's taken me over a year, but I've finally caught up with all the episodes.

If you want a taster, I'd recommend this episode that was done with one-off characters when Mercer and a couple of the players were away.

Hello from the Magic Tavern

"Hello! I’m Arnie. I fell through a magical dimensional portal behind a Burger King in Chicago and found myself in a strange magical land called Foon.  I’m still somehow getting a weak wi-fi signal from the Burger King so I host a weekly podcast from the tavern the Vermilion Minotaur, interviewing monsters, wizards and adventurers."

This one is a bit of a curate's egg and definitely an acquired taste.  It all depends on what your view of improvised comedy is*.  The benefit is that you will know within five minutes whether you hate it or not.

Personally, I feel that improv is best in small doses.  Fortunately the episodes are only 30-45 minutes long.
at 16:07