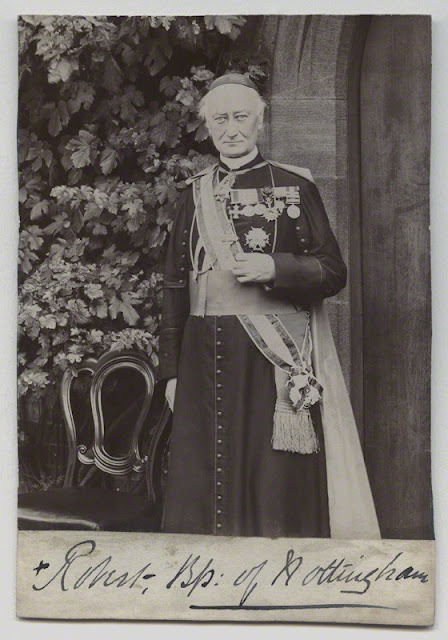 Robert Brindle was born in Liverpool 4 November 1837 and studied at the English College in Lisbon.  He was ordained into the Roman Catholic priesthood in 1862, serving the Diocese of Plymouth, before becoming a chaplain to the forces in 1874.  He was stationed at Woolwich, Aldershot and at Halifax, Nova Scotia.

Egypt, 1882-1885: the Urabi Revolt and The Gordon Relief Expedition

In 1882 he accompanied the Expeditionary Force to Egypt to quell the Urabi Revolt, and served there and in the Sudan with the Royal Irish Regiment for the next four years, exercising 'over his flock a combination of the spiritual influence of the Pope and the earthly authority of a Regimental Sergeant-Major'.  He missed the battle of Tel-el-Kebir due to cholera staying in Cairo, where he nursed those suffering in an outbreak of enteric fever.

During the unsuccessful Gordon Relief Expedition of 1884-85 Brindle immediately made a favorable impression on the Commander-in-Chief, Lord Wolseley.  Wolseley had put up a prize of £10 for the Regiment making the best time in negotiating the river.  Sir Evelyn Wood later recalled:

I was riding up the banks of the Nile on a camel, and [Brindle] was pulling in a boat of the Royal Irish Regiment.  About sundown on Christmas Day I saw a little flotilla of boats flying the Royal Irish flag toiling up the river.  Father Brindle got out when he had pulled up to us, hot, tired and irritable, with his hands blistered and perspiration running down his face.  Said I: 'Father, what have you been doing?'  'Pulling stroke in order to encourage them.'  'Any result?' I asked.  'Devil a bit.'  ....  The Father was, however, unduly pessimistic, for the Royal Irish won Lord Wolseley's prize.'

During the withdrawal of the Expedition the Royal Irish were ordered across the Bayuda Desert, and Wolseley decided that to send the Regiment without its firebrand Padre was to reduce its rate of march and general fighting efficiency. Accordingly Father Brindle was supplied with a camel for the 100 mile march, but in the event he made the whole journey on foot. He further borrowed a horse and, though harassed by skirmishers, helped the stragglers by allowing them to ride until they were sufficiently recovered to continue marching - 'Those of his flock whom he suspected of swinging the lead were threatened with ex-communication if they failed to keep going'. The Royal Irish completed the return journey in just 67 hours by which time the soles of Father Brindle's boots were gone and rags rolled about his feet, had replaced them. After participation in the Battle of Ginnis in December 1885, Father Brindle returned to England.

For many years Bishop Brindle's photograph stood on the mantlepiece of Wolseley's office in London. One day a stranger noticed the portrait and asked the Field-Marshal who it was. He replied, 'That is one of the finest soldiers in the British Army, Father Brindle'.

The Dongola and Nile Expeditions, 1897-1899
Brindle served as Chaplain at Colchester and Aldershot for a further ten years.  In 1896, aged 59 years, he sailed once more for Egypt and was attached to Sir Herbert Kitchener's Expedition at Dongola. During the long period of inaction that ensued, Father Brindle proved instrumental in keeping the men on the straight and narrow - 'The men', he reassured Lord Edward Cecil of the Grenadiers, 'will do anything if they are going to have a good fight later on'. When typhoid, dysentery and illness brought on by poor sanitation, bad water and the heat, took hold, it was Father Brindle who did as much as anyone to care for the sick of the rank and file. The war artist Richard Caton-Woodville recalled, 'It was he who carried the Tommies out of their quarters in his arms, placed them in the ambulance to convey them to hospital when nobody else would come near, as the cholera was raging and the men were dying like flies, and even many of the Doctors themselves had died'.

In March 1898, during Kitchener's halt at Atbara, Caton-Woodville witnessed another heroic deed:

It was a Saturday night, and word came from another camp some nine miles away that a Catholic soldier was dying. Unarmed, Father Brindle set out at once and walked across the El-Teb, which was infested by the enemy. He administered the last rites to the dying man, and stayed with him to the end. He then tramped back without rest or food, and reached the camp in time to say Mass for his men on Sunday morning

Brindle was subsequently present in the fighting line at the Battles of Atbara and Omdurman which saw the defeat of the Mahdist forces and the avenging of Gordon.

He was awarded the Distinguished Service Order 'in recognition of services in Egypt and the Sudan, including the battles of Atbara and Khartoum' (London Gazette, 15 November 1898), which was presented by Kitchener at a full dress parade of the Cairo Garrison,

Following the entry into Khartoum, Kitchener decided to hold a memorial service for General Gordon among the ruins of the Governor-General's Palace.

The service was conducted by four chaplains attached to the British infantry: Presbyterian, Church of England, Wesleyan and Roman Catholic. Kitchener stood with his staff while behind him stood the Headquarters staff and generals of divisions; on either side of him were representative detachments of the Egyptian army, detachments of General Gatacre’s division and a small corps of officers from the Royal Engineers, Gordon’s own corps.

According to GW Steevens,

amidst a silence broken only by the guns, the four chaplains,Catholic, Anglican, Presbyterian, and Methodist, came slowly forward and ranged themselves, with their backs to the palace, just before the Sirdar. The Presbyterian read the Fifteenth Psalm. The Anglican led the rustling whisper of the Lord's Prayer. Snow-haired Father Brindle, best beloved of priests, laid his helmet at his feet, and read a memorial prayer bareheaded in the sun. Then came forward the pipers and wailed a dirge, while Sudanese played Abide With Me.

Perhaps lips did twitch just a little to see the ebony heathens fervently blowing out Gordon's favourite hymn; but the most irresistible incongruity would hardly have made us laugh at this moment. And there were those who said the cold Sirdar himself could hardly speak or see, as General Hunter and the rest stepped out according to their rank and shook his hand. What wonder? He has trodden this road to Khartoum for fourteen years, and he stood at the goal at last.

Initially, the Church of England padre, the Revd AWB Watson, objected to the participation of his colleagues on the grounds that, as Gordon was a member of the Church of England, their involvement would be both inappropriate and irrelevant. He probably had a point, as Gordon was violently and eccentrically  Protestant.  Kitchener would have none of it. Striking an early blow for ecumenicalism, he told Watson that he had the choice of conducting a joint service with all his fellow clergy or of catching the next steamer back to Cairo. The service, in common with everything else which happened in the Sudan for some time to come, was duly held in accordance with the Sirdar's wishes.

In 1898 Brindle retired from the Army and was appointed an auxiliary bishop for the Archdiocese of Westminster.  He was consecrated titular bishop of Hermopolis in partibus infidelium by Cardinal Satolli at Rome.

In December 1901, he succeeded Bishop Bagshawe as fourth Bishop of Nottingham, and was enthroned in the Nottingham Cathedral 2 January 1902.  His time as bishop was marked by steady consolidation on the work of his three predecessors.

By 1913 the bishop's health was failing and he offered his resignation, which was accepted on 1 June 1915, when he was appointed titular bishop of Tacape. Bishop Brindle spent his last weeks of his life at Mount St Mary's College, Spinkhill, where he died on 27 June 1916.  His funeral took place in the Cathedral before his body was buried in the Cathedral Crypt. 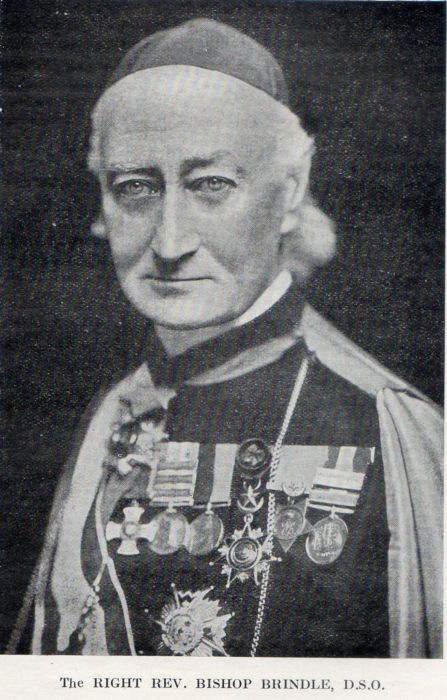 They were sold at Christies in November 2000.  The sale apparently didn't include the neck orders or star.

See  http://diplomatist2.blogspot.co.uk/2012/08/update-on-bishop-brindle-educating.html (posting of 27 August 2012 if you're using the archive tree).