I had a pleasant morning at Diceni in Norwich today (if you're quick you can still get there - it's on till 4pm!).

It was held in The Forum, one of the more successful modern buildings in the heart of Norwich.  It host the BBC and the City Library (which, as they keep reminding us, has the largest foot-fall of any library in the country). 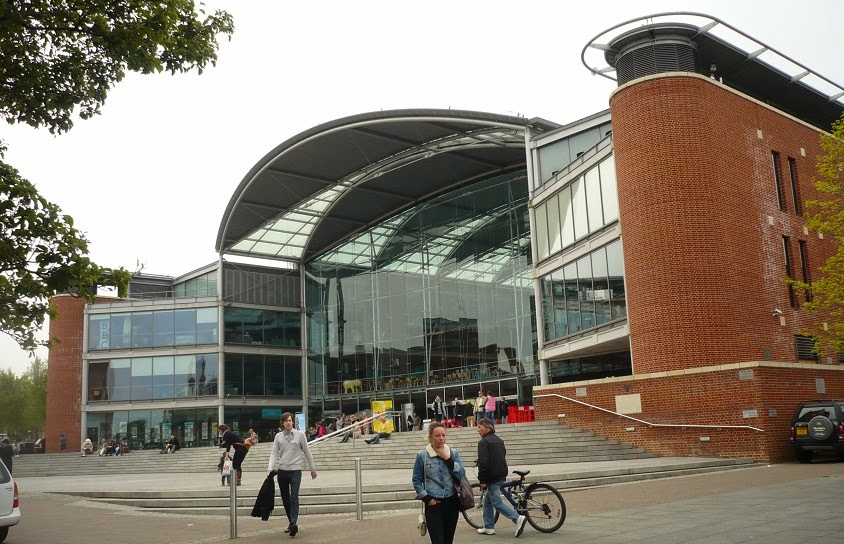 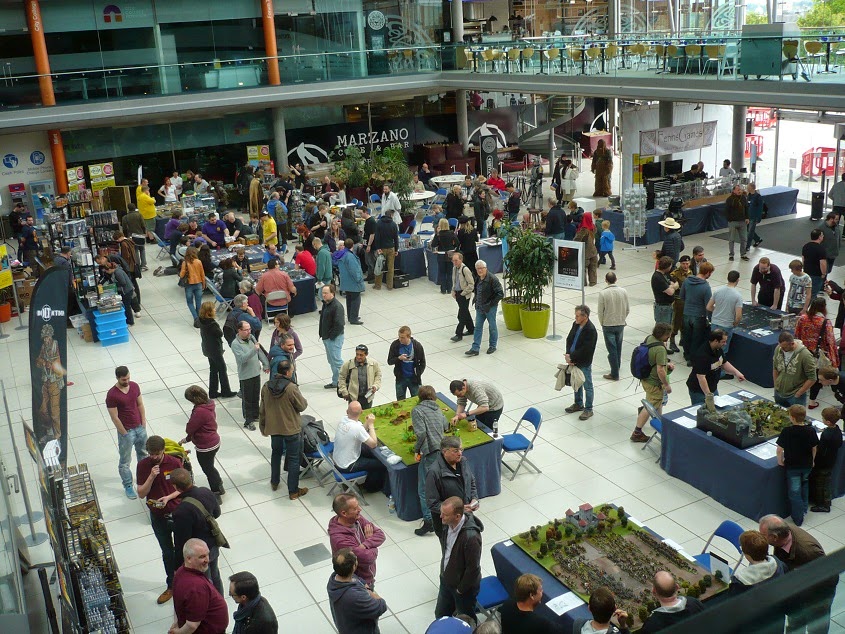 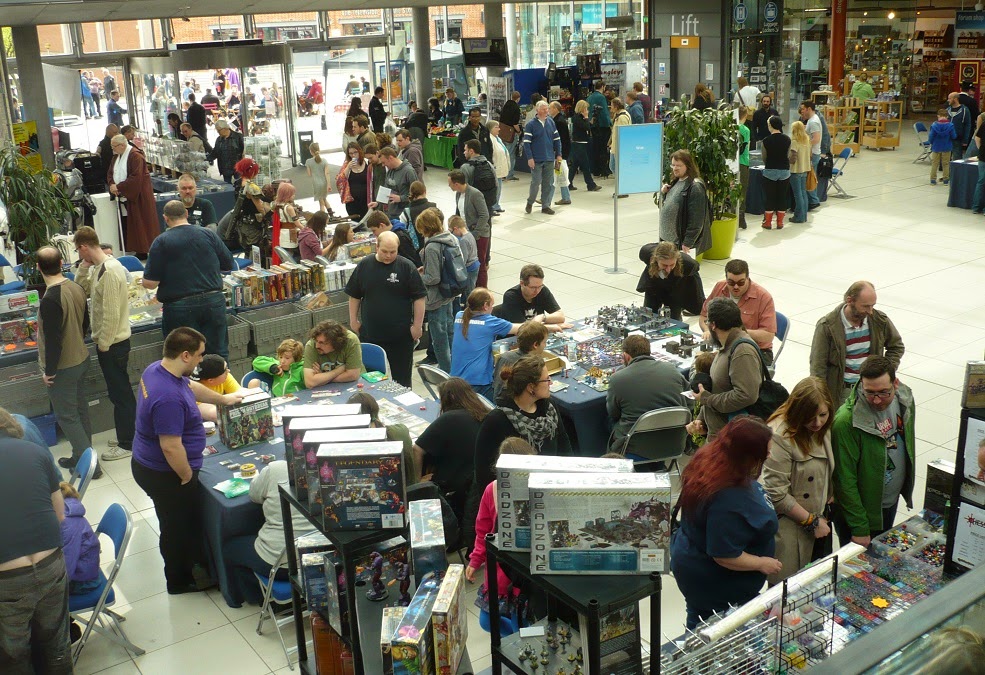 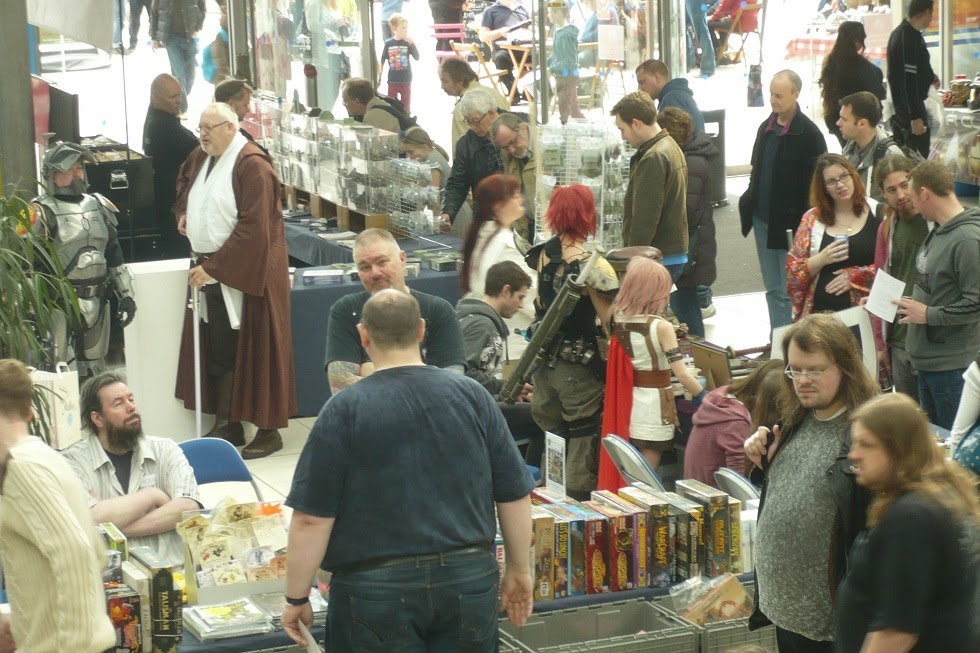 There were about a dozen games going on.

There was also Bolt Action in the jungle, X-Wing, Bushido (which looked very nice) and several Sci-Fi games I didn't have a close look at.

This plus traders' stands.

Fenris not only had the best-looking stand (I forgot to take photos because I was eyeing the goods) in the best position, but they were also getting a fair bit of attention with their 'Hell and High Water' table, the building of which you can follow on their Facebook page (it was subtly different from at Salute, as it had been dropped when being put into storage) 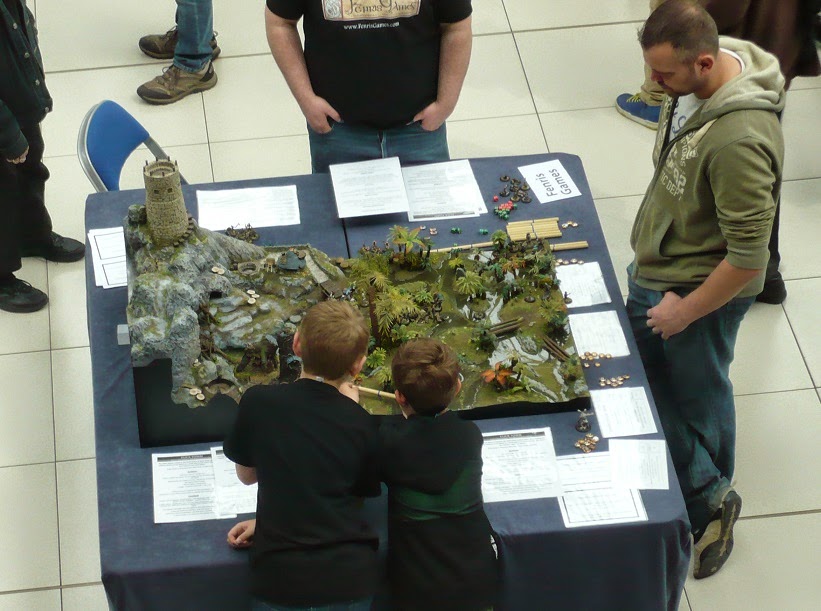 In addition there was cosplay (I know several of you have been waiting for this bit!).


Some of you will have been waiting to see Boudi, who appeared last year.  Although she is still the Diceni mascot, and there was a painting competition for painting Hasslefree's Boudi figures, the Cosplayer who dressed as her last year came in a different costume. 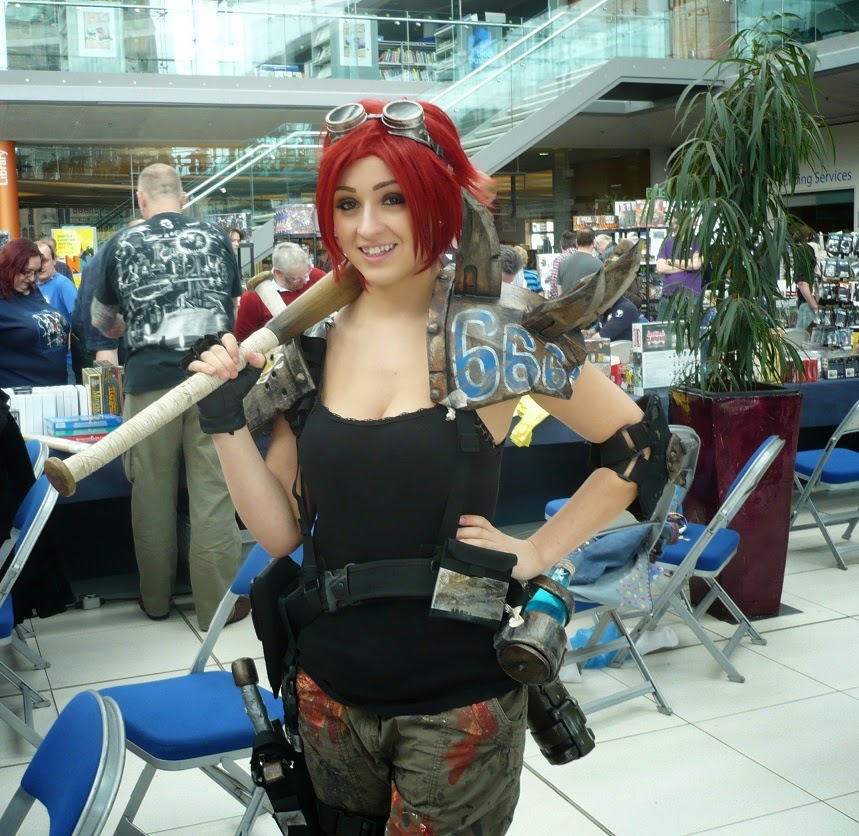 This is Tabitha Lyons from Artyfakes - she was there with her range of LARP and cosplay props and costumes.

Email ThisBlogThis!Share to TwitterShare to FacebookShare to Pinterest
Labels: Diceni