If you've already read about the Companions elsewhere, still with me, there's more news below.

On the Painting Table

Last weekend saw the final bonus round of the Analogue Painting Challenge - 'Characters/Scene from a Scene from a Movie, TV Program, Book or Piece of Music'*.  Sadly the vignette I bought with this round in mind is still languishing in the plastic bag it arrived in before Christmas.  So, in order to have something to submit, I've had to fall back on my old favorite for the Challenge - Doctor Who.


*You've still got time to go and vote for your favorites.

I therefore present you with six 28mm Not-Doctor-Who Companions (they're even more Not Not-Doctor-Who now as most are OOP since Warlord Games got the official licence to produce Dr Who figures). 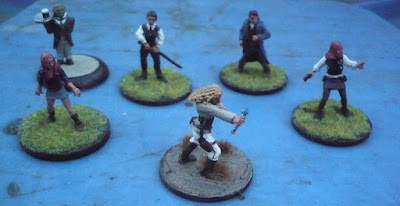 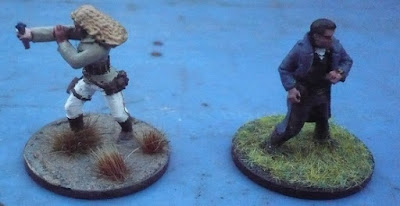 River gets the 'Alien Sand Pit' treatment.  As the other characters are mostly seen on Earth, they are on the lawn of whichever English country house UNIT is currently occupying. 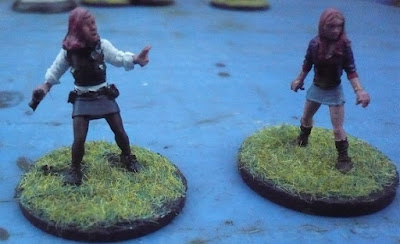 The Amy Pond on the right is the only one of these figures not by Crooked Dice.  It's by Heresy Miniatures and still in production (they changed the name to 'Girl' and the colour of her hair in their pictures). 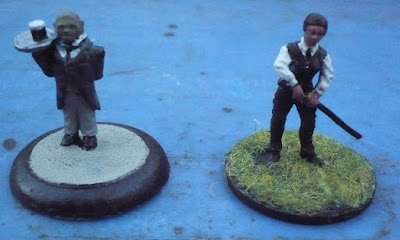 I'm not sure why I see the Paternoster Gang as Guinness drinkers, but I do.  Possibly it's easier to paint than a whiskey and soda...

Spotted On the Web

Cybermen are in the news and trending on Facebook.  Apparently, some time ago Peter Capaldi was asked in an interview which classic villain he'd like to see reintroduced into the series: being of a certain age, he chose Mondasian Cybermen.  Stephen Moffat is supposed to have said it wasn't going to happen* - but they will be back for Capaldi's last bow.  The Word on the Street is that we'll also get Ice Warriors in Season 10, which can only be good news.  Yetis next please!

*Quite possibly because they resemble the Black and White Minstrels. 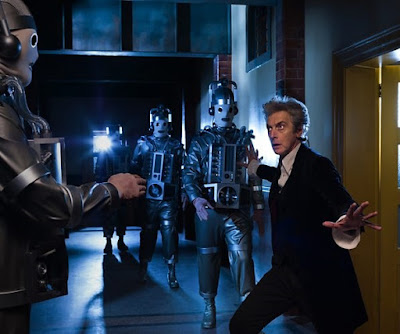 We'll have to see whether this works.  But Black Tree Designs will presumably be happy, given that they keep 'finding' old stock of them*.  I may even get around to painting up my laser team...

*Other Cybermen are available.  Warlord Games have a box-set of Cybermen-through-the-ages. 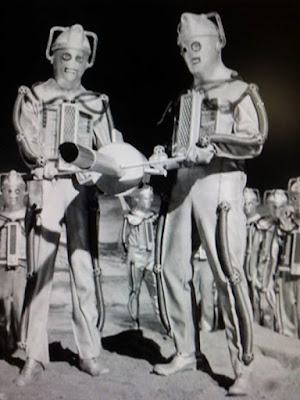 In other news, Warlord is now accepting orders for the Tetrap miniatures I mentioned in Doctor Who Wednesday #19, and they've also announced the release of a Professor Yana and Chantho set. 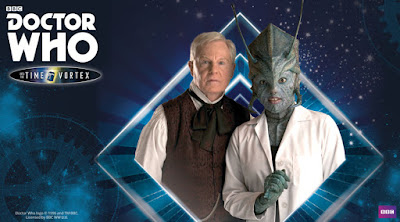 Derek Jacobi is a fine actor, and many of us were disappointed not to see more of his version of The Master.  Here's our chance to remedy that! 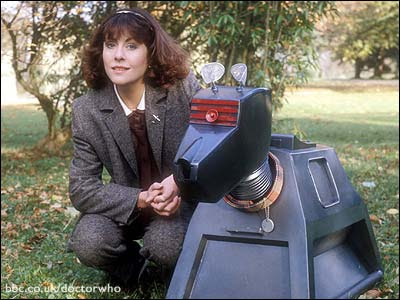