This week has been another poor one as far as the hobby mojo goes.  I have done absolutely no painting, so it looks as if I will miss this weekend's (and final) bonus round in the AHPC.  This is particularly annoying, as I had wanted to submit for each bonus round, I'd bought something specially with this one in mind, and that both my Curtgeld and my normal run of Dr Who figures would have fitted in with the theme (character of scene from a book, movie or tv).

I have some excuse though - I've pulled a muscle in my back (moving books, naturally) and thus spent a day in bed, and the rest of my time feeling extremely sorry for myself.

However, nice Mr Postman did bring some consolation. 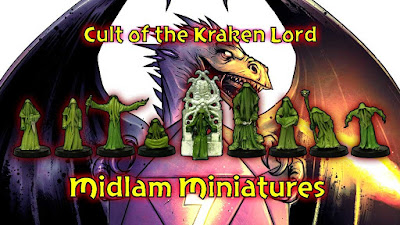 Some of you may remember that back in November 2016 I backed the Midlam Miniatures' Cult of the Kraken Lord Kickstarter.  Well, like the previous Midlam Kickstarter I back, these were delivered spot on time.

I'm been given some thought to my lack of hobby mojo and have come to the conclusion that, much as I enjoy painting figures, it is quite disheartening that I so rarely get to play with them.  I'm going to therefore make a concerted effort to get some solo playing in ("I used to play with myself all the time!").

So I was looking for something simple, fairly self-contained that wasn't too expensive and which was suited to solo play.  Warlord Games let you download the rules of Project Z for free and they seem to meet the above criteria.  And at the moment if you buy the core box, you get an expansion pack for free (£45.00's worth of game for £30.00).  So I watched a couple of YouTube videost and decided it was a good deal.

When I came home this afternoon I found the Red Card of Frustration.  Fortunately, in our case it means that the parcel in in the woodpile, so here we are- 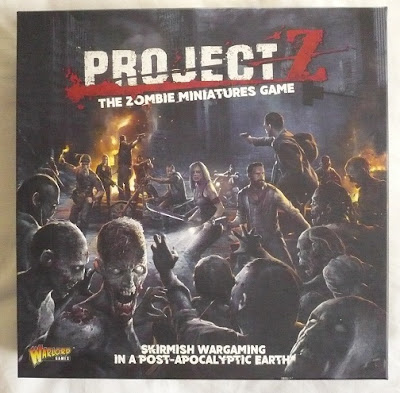 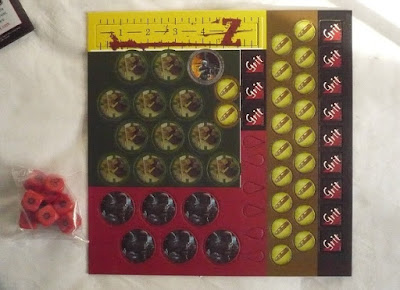 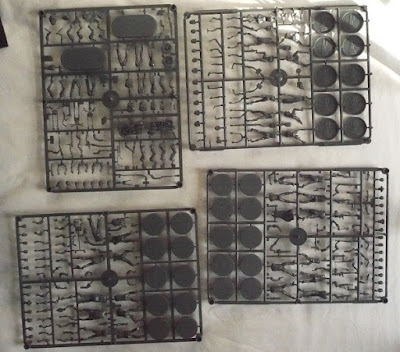 As you see, you get a fair bit in the core box, but for Solo play I reckon you need extra Zombies, so for my free box I chose them rather than more survivors. 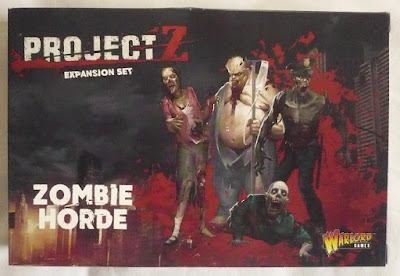 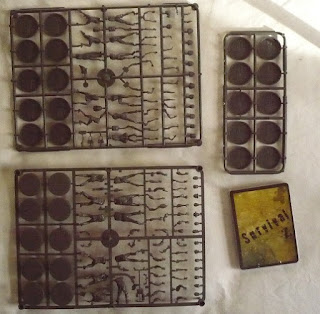 Sadly, the core set that was sent to me contained the rules and cards in German.  I see that this has happened to other people and been resolved quickly, so have every confidence that Warlord will sort it out.  I've sent an e-mail and will update you on the results.