Welcome to the first Doctor Who Wednesday of 2018!

In fact, this is the first DWW since August, which is far too long a gap.  Hopefully that won't happen before DWW #23 as I have some Doctor Who figures in my intended AHPC output.  Watch this space...

So, with very little to comment on, here we go.

Yesterday I came across a whole pile of Doctor Who novelisations in a charity shop.  I've never really bothered with these because, a) many seem to be written for children, b) many are also no good and, c) there are hundreds of the buggers.   I'd appreciate feedback from people with more experience.  Are they worth bothering with when they can be picked up cheaply?  I'm wondering what inspiration they might provide for some solo gaming.

Having said this, I couldn't resist buying these Target Books.  Which have an obvious nostalgia appeal. 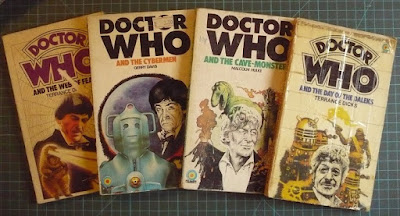 For those who don't know, Target Books were published from the 1970s onwards (detail can be found on Wikipedia) and include both novelisations of broadcast serials and, later, newly commissioned works.  They're sometimes useful as they can contain back-stories which have been since been recognised as canonical.

The addition of these four brings the total of my Target Books up to six, which I suppose can be considered a nascent collection.  As you can see, I'm not too fussed about condition.  I'm not going to go out of my way seek then out, but if they cross my path, I'll pick more up

For the record, I currently have 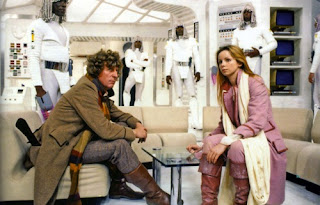 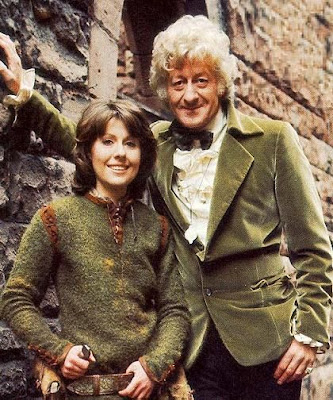