Perhaps I was cheating a little bit by having two bites of the cherry in the Analogue Painting Challenge's Favourite Character round, but as well as the Margaret Rutherford character, I wanted to include this one because it represents The Wife's favourite film. 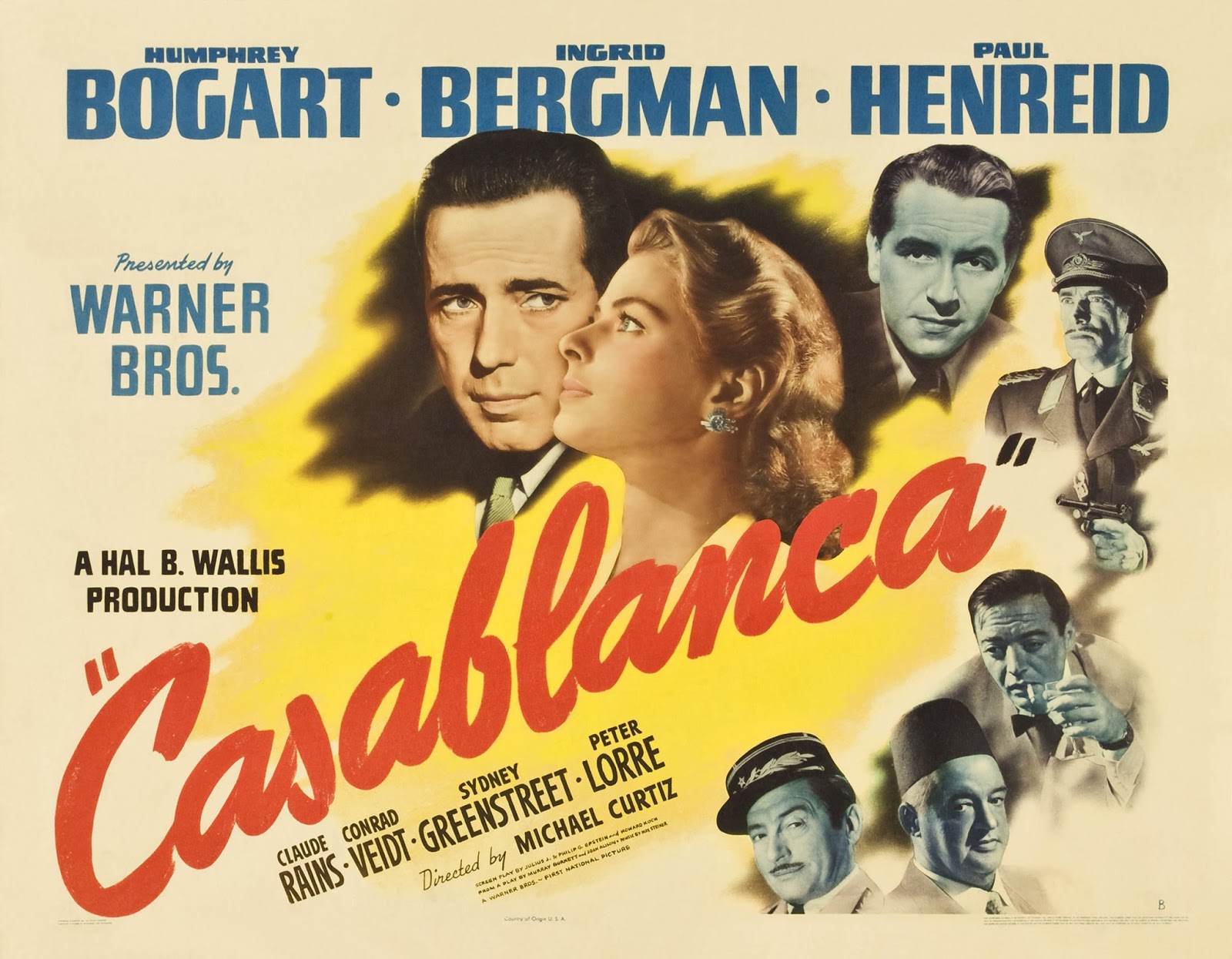 Now a lot of Casablanca is really hokey - I can do without the whole Bogart-and-Bergman-in-Paris bit, which contains the line "Is that the sound of canon-fire, or is it the beating of my heart?" (which never appears on the list of great quotes from the film, go figure!) - but one thing that redeems it is the figure of Capt Renault. 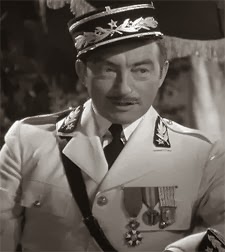 Renault, the Chief of Police, is completely amoral.  He is a collaborator with the German non-occupation, he is cynical and he is corrupt.  He extorts sexual favours from refugees trying to get exit visas (unless Rick provides them with the bribe).  Yet in the end he turns out good...


The Wit and Wisdom of Louis Renault

Almost every line delivered with a cocked eyebrow and wry smile... 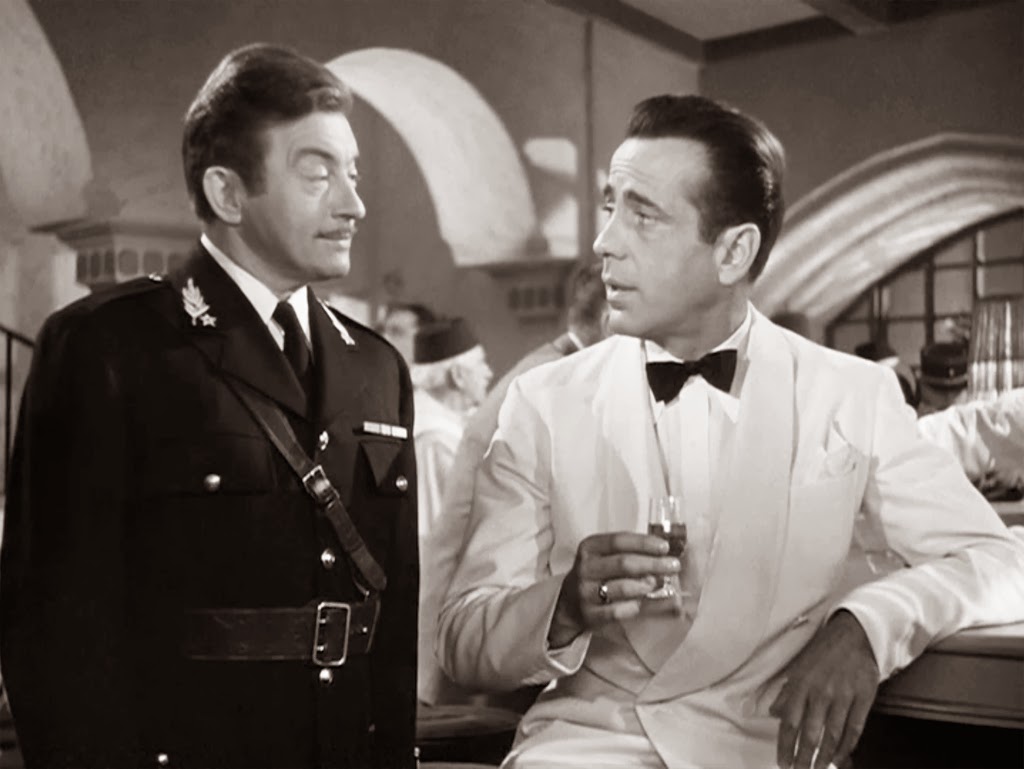 Captain Renault: Oh no, Emil, please. A bottle of your best champagne, and put it on my bill.
Emil: Very well, sir.
Victor Laszlo: Captain, please...
Captain Renault: Oh, please, monsieur. It is a little game we play. They put it on the bill, I tear up the bill. It is very convenient. 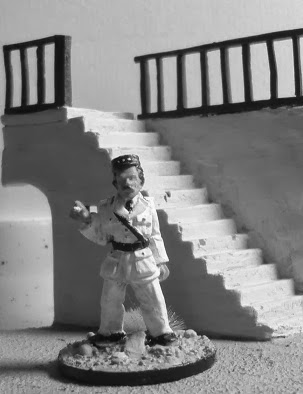 Captain Renault: Rick, there are many exit visas sold in this café, but we know that *you've* never sold one. That is the reason we permit you to remain open.
Rick: Oh? I thought it was because I let you win at roulette.
Captain Renault: That is *another* reason. 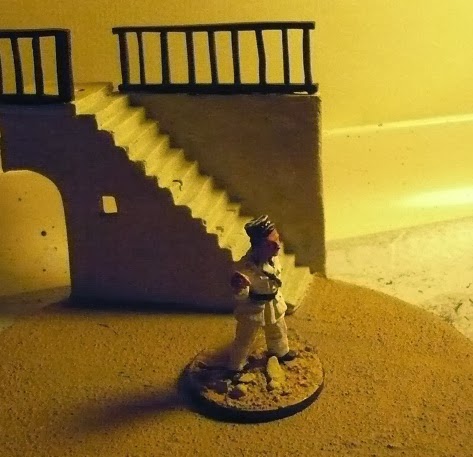 Rick: How can you close me up? On what grounds?
Captain Renault: I'm shocked, shocked to find that gambling is going on in here!
[a croupier hands Renault a pile of money, getting a very dirty look from Rick]
Croupier: Your winnings, sir.
Captain Renault: [sotto voce] Oh, thank you very much.
[aloud]
Captain Renault: Everybody out at once! 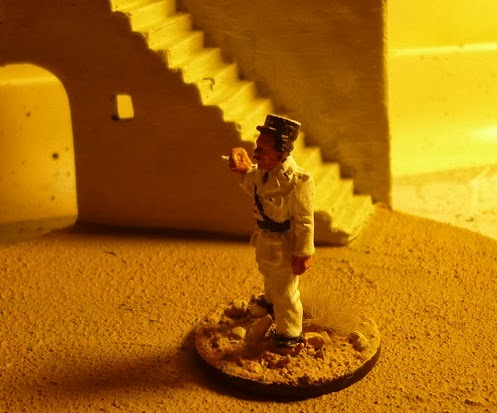 Captain Renault: [after Rick pulls a gun on him] Have you lost your mind?
Rick: I have. Sit down!
Captain Renault: Put that gun down!
Rick: I don't want to shoot you, but I will if you take one more step!
Captain Renault: Under the circumstances I will sit down.
...
Rick: And remember, this gun is pointed right at your heart.
Captain Renault: That is my *least* vulnerable spot.

And of course, the clincher...