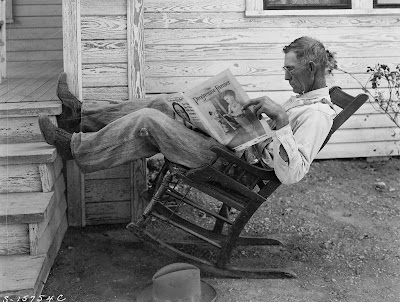 Back where I was brought up the paper was unfailingly grim.  It came out weekly and was an unrelenting catalogue of stabbings, corrupt councillors giving care contracts to their wives, and the failings of the local hospital (you only went there to die).  You had to be pretty morbid to want to read it (my Grandma loved it).  Don't get me wrong, we do have crime here - there was a murder around the corner a couple of years ago and I was in the pub when the girls who did it came in selling stuff they'd taken from the house.

When we lived in Whitby we had the Whitby Gazette, which was very old-fashioned and had a lot in it about sheep.  It had it's moments though.  One stroke of genius was the the front-page headline and bill-board declaring 'Whitby Man Escapes Jail!'  Once you bought the paper and read the story, you found out that he had escaped jail in the sense that he been given a suspended sentence and thus escaped being sent to jail in the first place...

Here we have a daily paper which regularly wins awards as the best regional paper in the country.  I particularly like the weekend section.  The features tend to be double page spreads: this week's included one on a local artist who takes his inspiration from going hare-spotting;  another on a local VC winner; one on the the local Volunteer Battalion one the eve of the Second Boer War (with a large picture of the Bn fully captioned with everyone's names); and another which is an interview with DJ Taylor on his latest book, The Windsor Faction, which (VBCW and counterfactual fans take note!) about what would have happened if Wallis Simpson had died of natural causes during the abdication crisis and Edward VIII's coronation had gone ahead.  All things I could happily blog about!


Of course, I don't buy the paper.  I read it in the coffee shop while walking the dog.  One of the lasses there won a competition last week for her latte art, which I thought I'd share with you. 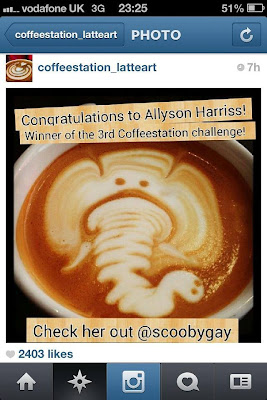 Sadly, she's decided that drawing animals on customers' coffee is against shop policy as it's 'tacky'.  She makes an exception for Red Panda Coffee though.  Normally we make do with fans and flowers. 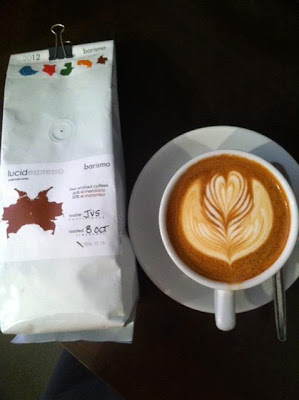 Come for the Prizes, Stay for the Fun!

Welcome to all the new followers recently joined.


Darrell and Ev, I haven't been able to spot your blogs if you have them.  If you do, please comment and I'll plug them.