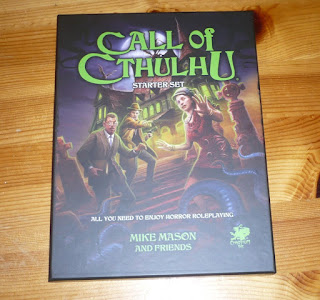 I've wanted to play Call of Cthulhu for a long while.  Last month I bought the CoC Starter Set, which does a very good job of introducing one to the rules.  But once one's done the solo scenario (being sacrificed by the villagers both times), what's a chap to do?

Working on the principle that the only guaranteed way to get people to play an RPG with you is to GM it, I invited the regulars in our group to play one of the introductory scenarios from the Pack, with me as Keeper.  Four have signed up to play 'Edge of Darkness'  on 21 August.

Being Keeper on my first CoC outing is rather daunting (especially as I haven't GM'd anything before), but as Old Friend of the Blog Jon Price said "The game's the thing. An enjoyable session beats strict adherence to the rules, so don't be afraid to busk it."  The stars are aligned as well: we'll be playing between HP Lovecraft's birthday and my own. 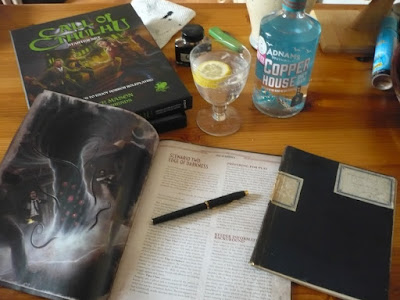 So over the last week I've been having fun working through the scenario, putting props together and creating NPCs that won't be needed.

And this morning a mysterious man in red bearing gifts knocked on the door... 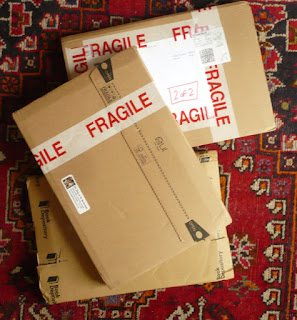 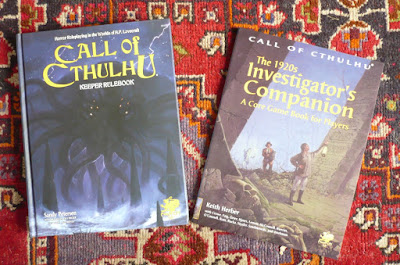