Ernest Beachcroft Beckwith Trowse was born on 23 April 1864, the eldest of two sons of Robert Beckwith Towse, a solicitor, and his wife Julia Ann Corcoran.  He was educated at Stubbington House, Gosport, and Wellington College.

In 1883 he joined the 3rd Seaforth Highlanders (the Highland Rifle Militia) and was promoted lieutenant in December 1885.  Shortly afterward, he transferred to the Gordon Highlanders.  He served with the Chitral Relief Force (1895), was at the storming of the Malakand Pass, was promoted captain in 1896, and served in the north-west frontier and Tirah campaigns (1897–8).   It was during the latter operations that one of the regiment's most famous Victoria Crosses was earned. Piper George Findlater, despite being wounded in both legs, continued to play the bagpipes during the assault.


In October 1899 the 1st Bn Gordon Highlanders were posted to South Africa to participate in the Boer War.  Towse took part in the advance on Kimberly and the Battle of Magerfontein (11 Dec 1899).  This was a major defeat for the British (one of the actions during 'Black Week'), the Highland Brigade being particularly badly mauled - it lost 53 officers and 650 soldiers, among them the brigade commander, Major General Wauchope, and two commanding officers.  Most of these casualties happened  when the  brigade charged the entrenced Boers, who opened fire at 400 yards.  The Gordons were sent in to reinforce the brigade  but suffered similarly heavy casualties.  For his attempt to carry away his mortally wounded colonel and for later rallying his force of twelve men to attack some 150 Boers, Towse was awarded the Victoria Cross.


On the 11th December, 1899, at the action of Magesfontein, Captain Towse was brought to notice by his Commanding Officer for his gallantry and devotion in assisting the late Colonel Downman, when mortally wounded, in the retirement, and endeavouring, when close up to the front of the firing line, to carry Colonel Downman on his back; but finding this not possible, Captain Towse supported him till joined by Colour-Sergeant Nelson and Lance-Corporal Hodgson.

On the 30th April, 1900, Captain Towse, with twelve men, took up a position on the top of Mount Thaba, far away from support. A force of about 150 Boers attempted to seize the same plateau, neither party appearing to see the other until they were but 100 yards apart. Some of the Boers then got within 40 yards of Captain Towse and his party, and called on him to surrender. He at once caused his men to open fire and remained firing himself until severely wounded (both eyes shattered), succeeding in driving off the Boers. The gallantry of this Officer in vigorously attacking the enemy (for he not only fired, but charged forward) saved the situation, not, whithstanding the numerical superiority of the Boers.

Trowse was presented his decoration by Queen Victoria, who made him Sergeant-at-Arms in 1900. King Edward VII reappointed him in 1902, and in 1903 he was admitted to the Honorary Corps of Gentlemen-at-Arms in which he served until 1939.

Although the wounds sustained by Trowse at Mount Thaba had destroyed his eyes, this barely seemed to slow him down.  In 1901 he joined the council of the British and Foreign Blind Association, later the National Institute for the Blind (NIB) as vice-chairman (he was chairman from 1923 until 1944, and after that its president).  He was very active in touring the country, promoting the well-being and welfare of the blind.


On the outbreak of the First World War Towse, who had become an expert braille reader and typist went to France to assist wounded soldiers - the following year he was appointed an honorary staff captain (without pay and allowances) for base hospitals.

It was at his suggestion that the NIB set up a subcommittee to look after blinded servicemen.  This developed into St Dunstan's Hostel (now Blind Veterans UK), founded in 1915.  After the war he saw a need to assist former servicemen who were went blind through causes other than the war, or for the blind dependents of servicemen.  He therefore established the Special Fund for Blind Ex-Servicemen (the Sir Beachcroft Towse Ex-Service Fund).  In 1917 he founded the Comrades of the Great War, and as chairman he travelled during two years over 12,000 miles in the British Isles. This organization merged with others to form the British Legion, of which he became a national vice-president in 1927, remaining in office until his death.

During the Second World War Towse made his home available for the rehabilitation of civilians blinded through air raids - becoming the first Queen Elizabeth Home of Recovery.

On 25 October 1892 he married Gertrude, younger daughter of John Christie, a stockbroker; they had no children and she died in 1935.  Sir Beachcroft died at home in Goring-on-Thames on 21 June 1948. 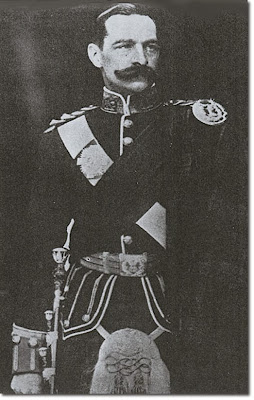 Towse's medals are held at the Gordon Highlanders Museum, Aberdeen. 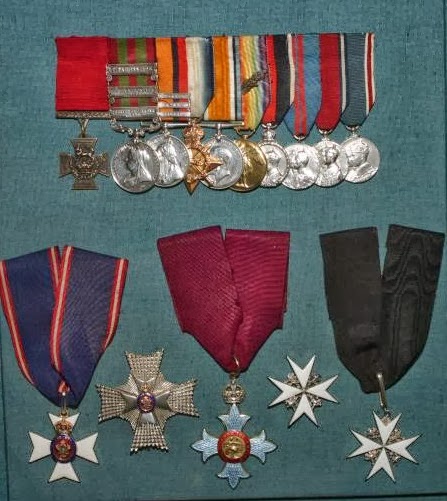