All Quiet on the Home Front 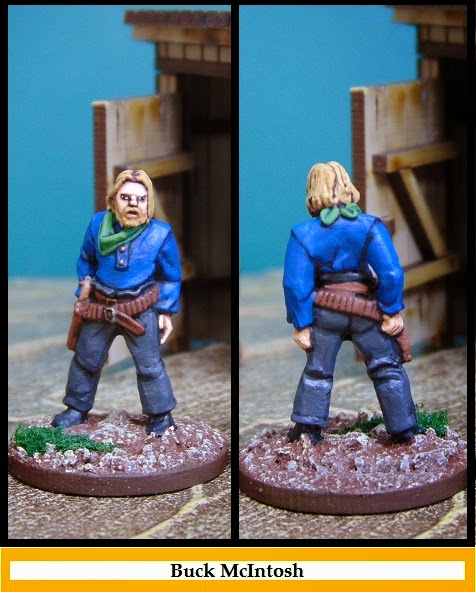 Nice is't it?  It's a figure RoyW has supplied to represent my character in his Old West play-by-blog game.  Unusually for me ('a fluffy kinda guy'), I've not been able to come up for any back-story for him other than his name.  I'm going to have to put my head together for it.  Any suggestions chaps?

It's down to a lack of mojo - I had a very difficult few weeks on that side of late.  I've not done anything hobbywise since finishing my Daleks before Christmas.  This isn't a tragedy in the big scheme of things of course, but I am supposed to be in a painting challenge!  It means that I've missed two bonus rounds, despite having the figures and plans for them.

Today I had a little victory then, in that I put the Meeples and Miniatures podcast on.  It went on so long, that no only had I finished the book work I was doing and tidied the room, but in the end I sat at the painting table and did an hour's prep.  [They're still at it as I type!]