Great news, Beagle-2 did manage to land safely after all.  At the time, you may remember, the method of using airbags to bounce on landing was widely blamed for the failure. 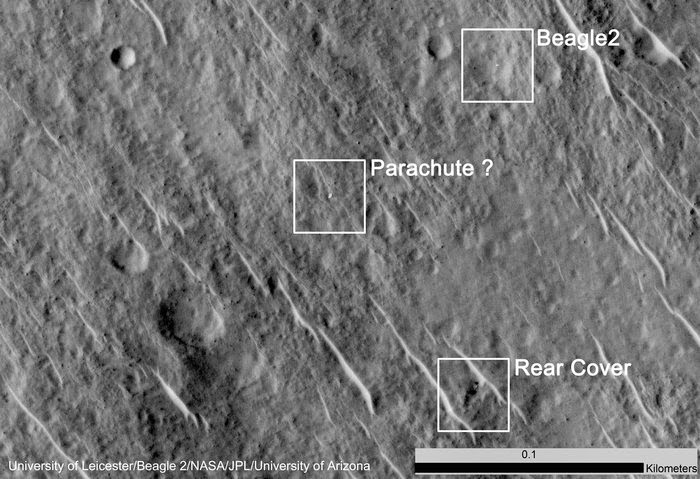 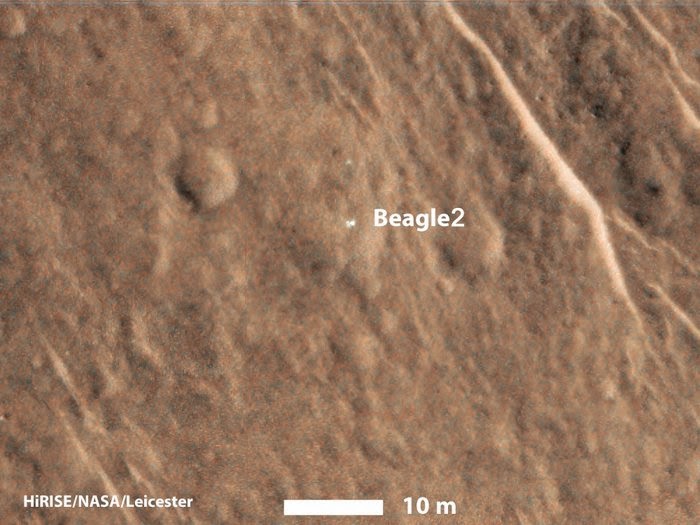 The European Space Agency has announced that the probe, which was due to land on Christmas Day 2003 has been spotted by the hi-res camera on NASA's Mars Reconnaissance Orbiter. That in itself is a remarkable achievement as Beagle-2 would only have been two metres wide if fully deployed.

The initial analysis of the photos is that Beagle landed successful and managed to deploy solar panels - crucially, however, these weren't all deployed and so not enough power was generated for the probe to operate.

A damn'd near thing!