It was very pleasant weather here over the weekend, so on Sunday afternoon after doing some 1:1 Scale painting, I was able to settle into the Shed of Delights to pick up on some long-postponed terrain projects.


I'm sure that I'm not the only one cluttering up my shed with terrain building material.  As well as having a draw full of bits'n'bobs, I've a pile of polystyrene and kiddies' building blocks (I need more of the latter!). 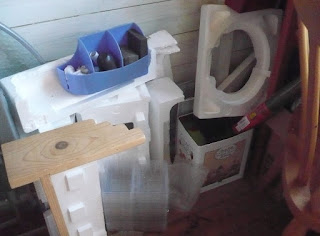 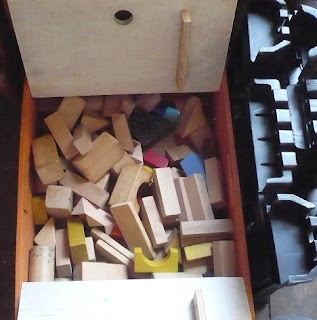 The polystyrene is intended  for larger walls.  It isn't my intention to build a pink castle but I decided to put a little paint in with the diluted white glue so I could make sure of good coverage.  The next time I'll make sure I have some black or grey paint in the shed! 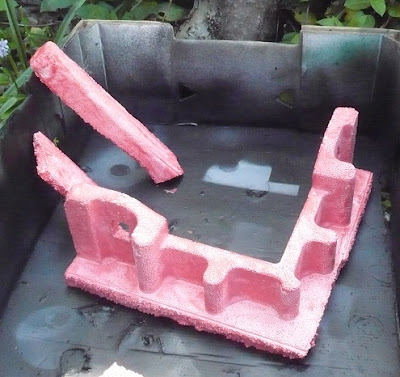 As well as the Pringles Tower I also had a well/pool languishing in a part-completed state. 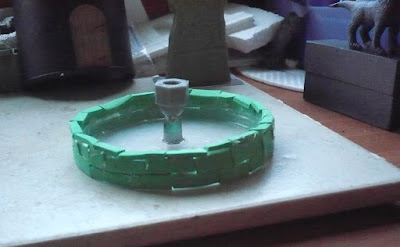 I had thought that there were WIP photos for this, but I can't find them.  Basically, I took the lid from the Pringles tube and stuck teeny-tiny foam bricks to it.  On Sunday I added some bits from the gash drawer and undercoated it. 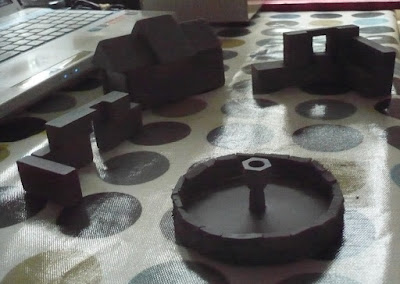 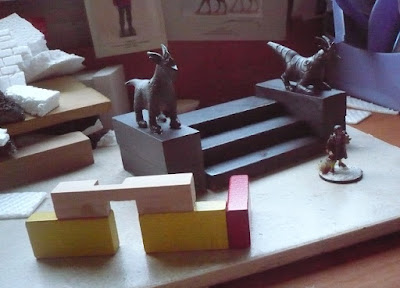 And as you see, I also had some fund gluing the kiddies' blocks together (the beasts came from Poundland  - they originally had wings, which have been removed and put on one side for 'something'). 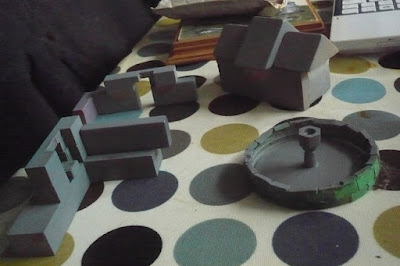 So, in summary: nothing finished, but things progressed a little.