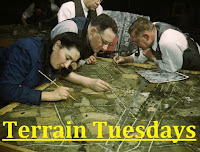 I mentioned yesterday that we'd been without Internet access for most of the Bank Holiday Weekend.  I didn't mean to suggest that this was a bad thing!  Although it was very frustrating, it meant that I sat down and did some hobby stuff.

Last week I decided that my Chiefs and Heroes needed 35mm bases to make them stand out.  Now, One Does Not Simply Go to the Warbases website and buy a pack of bases.

No WIP pictures of these as they go together so simply. 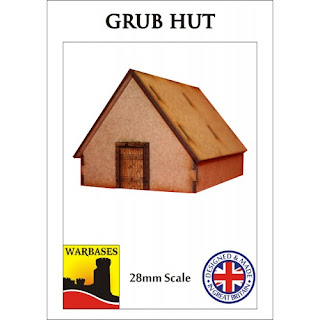 I added planks to the wall and a flannel thatch.  I'm not sure about the former (see later).  For the photo I hung a shield above the door to make it all a little less Brown.  But again I'm not sure.  I may paint the door or walls or both a different colour. 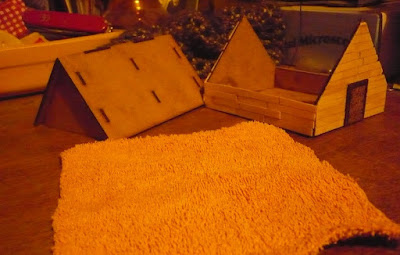 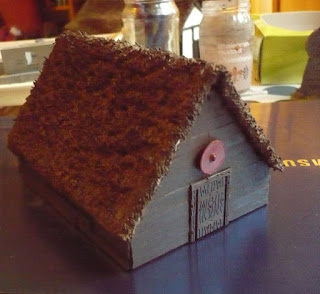 The next item is a combination of the Celtic cross and a casualty marker to make a turn counter.*  I did toy with the idea of giving it the full Dark Age colour scheme, but decided that leaving it grey was much less work meant that I could use it in different settings. 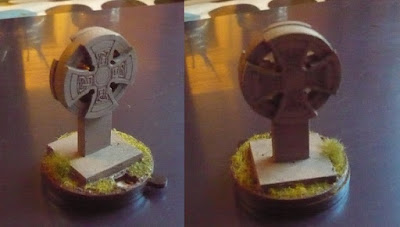 Warbases seem to add new lines every five minutes.  I am very interested with the news that came out yesterday that they'll be adding a range of  ruins suitable for Frostgrave, I'll be getting some of them, I think.

I got the Grub Hut to see how easy Warbases' buildings were to put together.  The answer is that they are a doddle.  I'd certainly buy more of them, but probably dispense with adding unnecessary planking.

Another reason for buying them was to compare them with what I could do myself...

I recently bought a batch of business cards and post cards for Diplomatist Books.  Like most people, when I get something through the post, my immediate thought is that the packaging looks really nifty.

A look on the web provided some inspirational pictures. 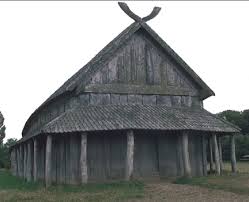 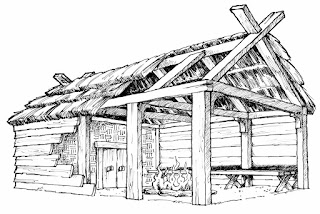 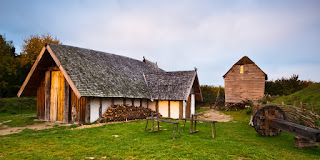 The addition of some bamboo skewers and sandy paste was a lot easier than planks and resulted in a tidier look. 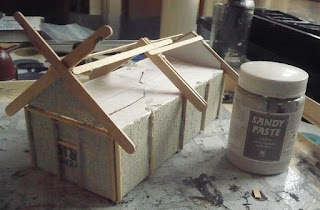 Not sure of the pitch of the roof - but nevertheless a useful building (perhaps as a cricket pavillion!).

While dry-brushing the Celtic cross, I took a couple of other items from the terrain queue.

Then there is one of the runestones I got from Fenris at Dicini 2014.   Again, I should have gone with the original paint scheme, but I bottled it. 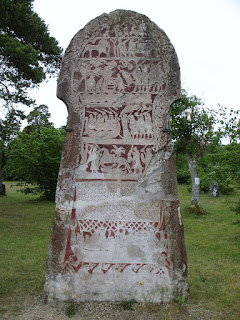 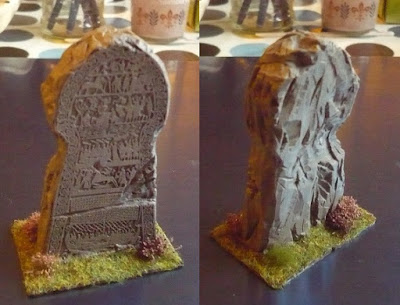 For a modern carver of rune- and image-stones (in glorious colour!) see here. 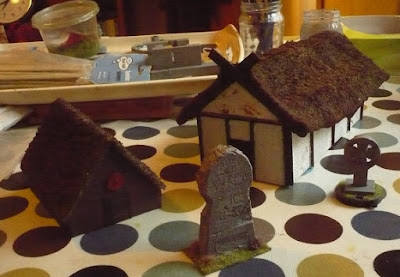