In which I try to remember and enumerate the various characters I've played over the last year... 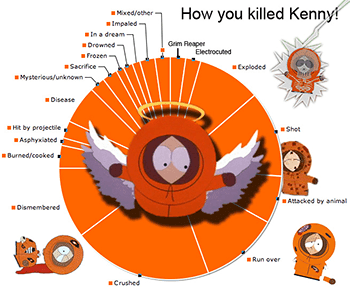 I have actually forgotten both the name and class of the the first character I took to the Barrowmoors (we didn't get as far as the Barrowmaze!).  This session was almost a TPK - the only survivor was a Halfling who was knocked out early in the fight.


B'Loxi was my longest surviving character.  He made more than half a dozen delves before being killed.  He was famous for his mapping in those crazy early days when scale didn't matter, and for brokering a truce-like arrangement with the Mutant Men after mending a statue for them.

For some reason he is fondly regarded by the other players and is still occasionally mentioned by NPCs. 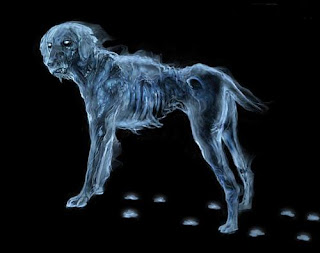 An honorable mention should go to B'Loxi's hireling, Merg the Dwarf.  Merg survived and actually got as far as retiring on the proceeds of his delves.  In my mind, he went off and opened an inn called the Loxi Arms.  However, our GM says were might not have seen the last of him.  If I was ever to GM a one-off it would start in the Loxi Arms.


Our group has been lucky enough to play-test various bits and pieces for Necrotic Gnome.  One of these was the Advance Classes for their Old School Essentials range.  Fortunately, the high death-rate meant that we got through quite a few of these!  In hindsight I wish I hadn't decided that Ranwald was a Knight.

I  went as far as giving him a back-story, intending him to be an old comrade-in-arms of B'Loxi's, a captain of the guard appointed an Esquire of House Loxi through merit.  However, my interpretation of the Knight class as written was that he would always choose to be in the front-line of a melee and would attack the strongest opponent.  Unsurprisingly this resulted in the grizzled old veteran dying on his first outing.

Rugg had a lot of scope and I was looking forward to playing him (normally I need a few sessions before I get on with a character, but I liked Rugg from the beginning).  He managed three or four delves over one gaming session.

Not to mention his companion, Robbie the Robber Fly. 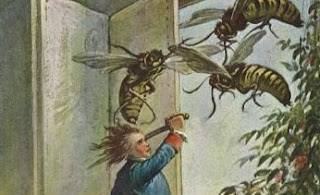 Another character I really liked.  He was a devotee of King 'Shroom, which was quite fun - I had him rubbing mushroom spore into any suitable medium he found in the dungeon.  He had a special session when he went into the woods (on Midsummer Night) and found Robbie - his first encounter was with a Blue Dragon, but he made his excuses and left. 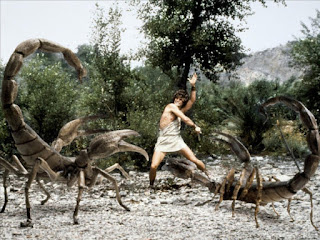 Another enjoyable character (and another follower of King 'Shroom).  He was hardly ever surprised and used his wilderness skills to great advantage.  When Galmar the Dwarf built his house, Gerran pitched his tent by a mushroom ring in the grounds.  He donated most of his acquired loot to the underground followers of the Old Gods.

Fate:  MIA on a mission to Ironguard Keep (I lost his character sheet!).

Not another F**king Elf!

Some sort of relative of B'Loxi.  Killed on his first delve. 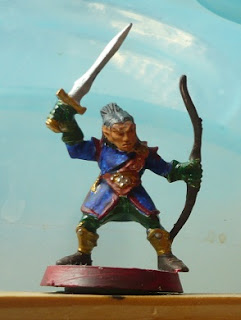 He has Previous.  Before delving in the Barrowmaze, he ventured to the Lost City with others of the party.

Fate: To be determined...

Nine hours later and not only has Kindoleth been killed, but so has his successor.
at 00:42