Gaming in Jul 2020 (And Some Wider Thoughts)

This is a post is very overdue.  Regular readers will know that I try to give an overview of the month's gaming, and often do it in the very early days of the next month.  Often I have written up my notes of the various sessions and link to them.
Well, several things have conspired against this for July/August.  First is a positive one: for me furlough ended on 23 June and in the journey back to 'normality' I've pulled a lot of six-day weeks.  Because of that I've been too busy or tired to sit down and write up session notes (they may eventually come, but the longer I leave them, the less important they are - and most of them seem to be from June).  Secondly, a major blow in my personal life means that I've withdrawn from gaming, social media and some social stuff altogether.  But as I write (on 16 Aug) I'm getting ready to play my first game in well over a month, so I want to get this draft post out of the way.
Of course, the 'campaigns' have moved on in my absence.  Both of those I was in were (intentionally) limited to 8-10 sessions and they are now ending.  As this might be my last write-up, I'm going to give some opions of them.
ROLE-PLAYING GAMES

3 Jul - The One Where We Went Underground and Had Spider Flambe
Following on with our party's reluctant involvement in the politics of Tyr, we have been engaged by a couple of groups of rebels to do (mutually incompatible) missions in the Under-Tyr.  So we went underground and have a traditional dungeon delve.  We were rather too cautious and indecisive for my liking.  Dave talks about it here.  There have been several subsequent delves which I've missed.
This min-campaign is drawing to an end.  I enjoyed it a lot (follow the link to my write-ups), but to be frank I enjoyed it more when we were a bit more free-flowing and sandboxy than when we got involved in the politics that are part of the canon of the published literature.  That's not to dis the GM or my fellow players: quite the opposite, the relative freedom of the earlier sessions brought out some great creativity. 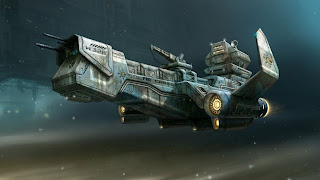 After a few Jobs that I missed, the crew of the Bastion have now suspended operations.  This is a great shame, as I think the game had legs (but better to go out on a high).
I enjoyed these sessions a lot (no surprise to those who know that I've a great Firefly and sci-fi fan).  I will miss the characters that our players developed.  It was an experiment by our GM, who wanted to try out the Electric Bastionland/ODD system, but disliked the EB setting.  Well, the system I think works very well.  It is very light - it can be explained in a couple of pages*.  Indeed that's part of the problem people have, because the product does that, and then the rest of the book is very setting-specific.  I don't have a problem with that, but then I suspect that I would quite enjoy the setting anyway.  Not everyone has Dave's way with creating his own settings (which as I've hinted takes and twists the tropes of such things).
*Which a free version does here.
WAR GAMES
I still haven't written up my quick-ref precis of Blood, Bilge and Iron Balls or indeed played a game since last May.  This is a shame because (as you all know), 6 Aug was International Naval Wargames Day, being Fred T Jane's birthday.

However, co-incidentally, I have bought a copy of  Battle of Trafalgar 1805 by Florian Richter and Peter Denis in the Fleets in Profile series which Helion & Co have produced*. This includes colour profile models of every ship on both sides and is a bargain (as we know, teeny-tiny ships are horribly expensive!).
*The only other title I've seen in the series is Armada 1588.  There are more titles in the Paper Soldiers series, some of which (PLUG, PLUG) Diplomatist Books carries.
at 17:53