So what did I read in July?  Furlough for me ended on 23 June, and I practically been pulling six-day weeks since then, so reading time has cut-back.  Nevertheless...

J D  Davies, The Blast that Tears the Skies

The third in the Matthew Quinton series about the Restoration Navy.  It's 1665: the year of the plague and the Battle of Lowestoft.  How can it not be exciting?

In this one Quinton is given command of a large but ancient ship and tasked with the dealing with the (historical) rumour that twenty captains from the old Parliamentary Navy will defect during the first battle with the Dutch.  There's also various politicking within his family.

A moderately amusing collection of odd and annoying things people have said to booksellers.  It will appeal to anyone who has worked in a shop and ever thought that life would be a lot easier without customers.

I'm carrying on with this great collection of short stories.  I find that if I read too many short stories one after another I loose the effect, so I'm treating this as a book I'm dipping into.  As it's a rather large collection, it'll be a while before I get to the end.

Biography of the aforesaid admiral.  Another study of the Restoration navy. 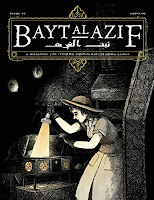 Number 2 of this magazine, which keeps up the high standard of No 1 (which I read back in June).  I keep thinking I should do a proper review of both issues.
at 19:04