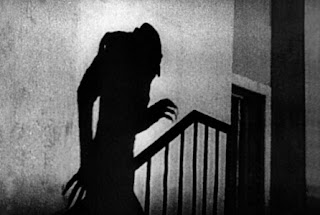 Nosferatu can be best described as NOT-Dracula.  When the film was made (1921) a few details were changed to make it different from Bram Stoker's story - not enough though!  In a very early example of intellectual property rights being applied to the cinema, Stoker's estate sued.  The studio went bankrupt and all prints of the film were ordered to be destroyed.   Fortunately some survived, and the film is now recognised as a masterpiece of German Expressionism as well as having provided some genre-defining images.
The film was remade by Werner Herzog in 1979 as Nosferatu the Vampyre, with Klaus Kinksi in the title role and there was even a very funny 'making-of' film Shadow of the Vampire made in 2000, featuring Jonn Makovich, Willem Dafoe and Eddie Izzard.

These three films are among my wife's favourites, so when I spotted a pack of Nosferatu at a recent show I snapped it up.  They're 28mm from West Wind and come as a pack of four (I've just realised that, and need to find the fourth!).

So, in true genre fashion, I've left the big reveal until quite late... 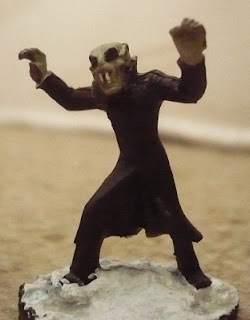 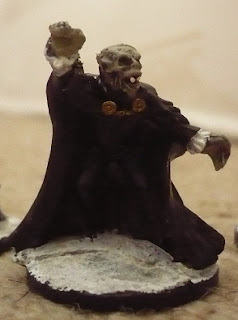 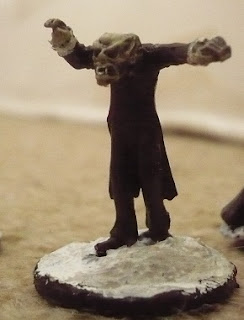 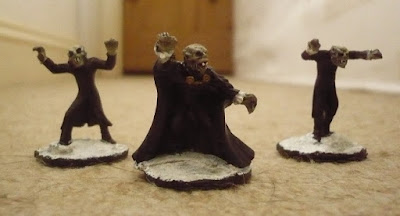 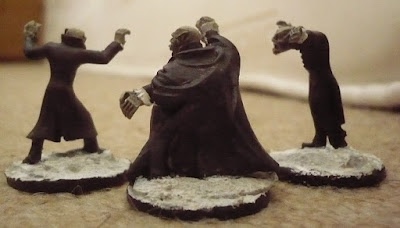