I wrote this post last week but didn't post it as I hadn't taken the photos.Since then I've been feeling quite rotten and, sad to say I can now post this without the need for any up-dates...  I never did the photos properly, so you'll have to put up with these snaps,

On the painting table....

One of my major targets for July is to get clear of the Dr Who figures who have been cluttering up the painting table. 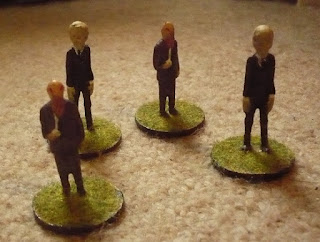 First up were a pair each of Ood and Silence.  I've had these for ages* and, quite frankly, they've been in this state for ages.  They're (literally) soft on detail.  I've never been satisfied with them or known how to base them, but under the New Dispensation I've decided to draw a line under them, give them a simple grass basing and Call Them Done.
*They feature in Dr Who Wednesday #1!

Also coming in the category of 'Dr Who figures that come free with magazines and can be picked up by the bag-load in charity shops' are these Weeping Angels.  These aren't quite the same vintage as the Ood - those one's are here.  They don't come in the category of 'already started', but I knocked them off while having 'fun with dry-brushing'. 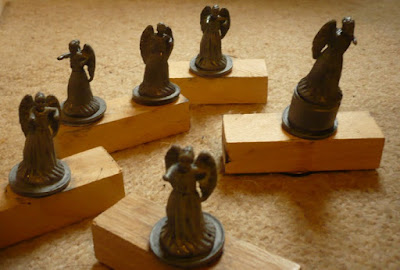 I'll based three with grass to match my existing Angels and three without so they fit in better with Frostgrave.  Nicely, they're a different pose to the others (attacking rather than weeping).

Elsewhere on the web...

Readers of the last Dr Who Weds (back on 1 June!) will remember that - after I complained about the BLOODY DERLICKS! - I mentioned that the Dr Who FaceBook hadn't yet announced the Monster of the Month for June.  It wasn't Daleks but - of course - was Davros. 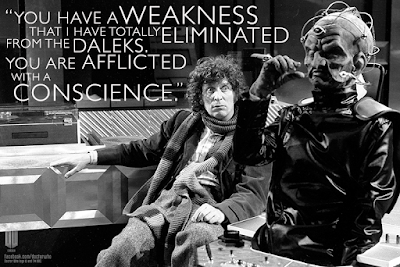 July is on a better footing, as they've revealed that they're doing The Master (in all his incarnations).   I feel a nice, evil glow coming over me... 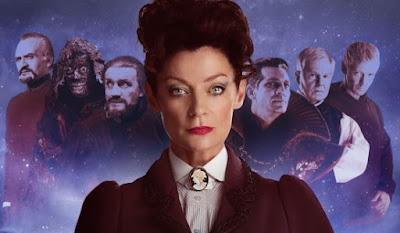