It's been an age since I've done any wargaming, so I was pleased when I finally got my act in order to get some solo naval wargaming done (a very long-term goal of mine!).

I pulled out Blood, Bilge and Iron Balls, which is an age of sail (really Napoleonic) set of rules.  Way back in 2014 I took part in a play-by-post game, which I enjoyed (there's some eye-candy in the blog archives if you want to look at it - Clint, the host had some rather nice models he set up for us). 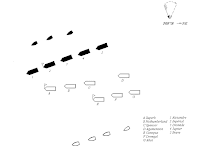 Wanting to do a fleet action, but wanting to keep it manageble, I played using the order of battle for the Battle of San Domingo.  In a reversal of Real Life, this turned out to be a French victory.  My inexperience in ship handling meant that Admiral Louis' division wasn't engaged until very near the end of the four hours that I devoted to the battle, which significantly tipped the balance in favour of the French.  But there are enough variables to give some replayability, so I may set up the scenario again and see how it goes. 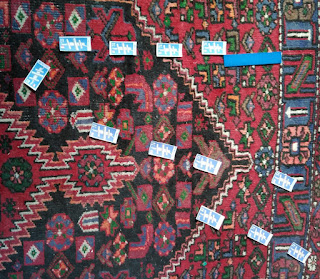 BBIB plays well as a solo game.  I think it handles the randomising of turns nicely, as it does damage (which can have quite an effect on the game).  I think that before I play again, I will sit down and write my own crib-sheet: the quick-reference sheet in the book is OK, but it didn't stop me from doing quite a bit of back-and-forth in the book.  I also need to get my head around the rules for boarding.  And next time I'll play on a table rather than the floor - it didn't require as much space as I expected, and by the end of four hours, my back and knees were complaining!
at 17:01