Evils of Illmire
This was the second session of the new campaign/arc for our Wednesday evening group, and the first that I'd been about to take part in properly. 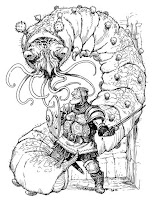 In the last session, the guys had found what appeared to be a submerged (subsided) outpost in the midst of the swamps, and we went back to investigate.  We already knew that the place was infested with giant geckos, but we now found that there was a particularly enormous one to deal with.  We also discovered that the dungeon is particularly trappy and not at all 'balanced'.  The session concluded with us facing up to four carrion crawlers.
Having made the acquaintance of one of the local barmaids, we learnt some more of the strange going-on in Illmire itself.  The barmaid's father is a tanner, and we're doing a good business in gecko skins. 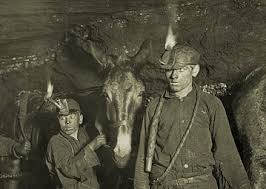 In this session, having employed a troupe of miners, we merely retraced our steps to excavate the carrion crawlers' nest in order to get to the treasure that our Dwarf's spider senses (and, frankly, our knowledge of the treasure tables) told us was there.  Despite all this Meta-ness, we had a good session, with some nice interaction with NPCs, and a (random?) encounter that may or may not had furthered a larger storyline.
at 12:05