As I mentioned in my last Terrain Tuesday post, I've got a new hot-glue gun.  On Wednesday, I sat down to give it a try.*  What a cracking piece of kit!  How had I managed without one so far?

*I'm not very good with technology or with glue.  The combination of the two was a little daunting.  I wanted to try it while The Wife was at Her Mother's in case I destroyed the house.

Within minutes I had a whole grove of my patented garlic trees. 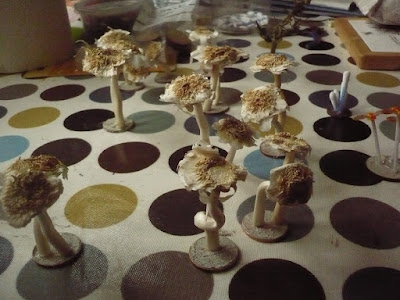 I could paint them up as palm trees, but I quite liked their otherworldly look of them as-is when I had them on the table for my solo Dino Hunt playtest.  Exotic flora. 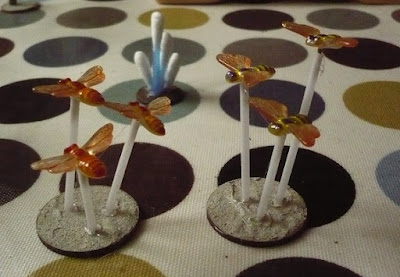 And for the fauna, a not quite swarm of giant bees.*

*Come on guys, they're giant bees, how many do you want?! 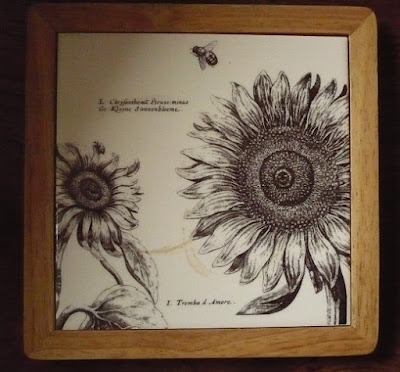 It was only after doing this, that I realised how apposite was the tile I was doing the hot-gluing on...

And now on to my Special Project...

The other week I spotted this book on t'internet* and immediately ordered one. 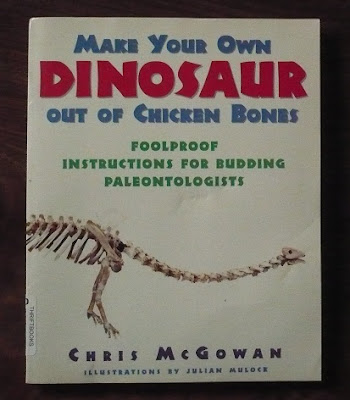 *There are useful reviews of it here and here. 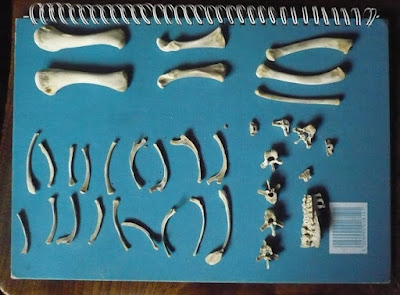 After spending a couple of hours painstakingly sticking bones together, I left them on the table where they met with a whippet-related accident.  I am now banned from making things out of chicken bones,*

*In case the darling dogges choke on them.

I wasn't intending to do a model of a museum skellyton like in the book, but rather something terrain-y than explorers might come across - possibly even the fabled Dinosaurs' Graveyard.