What Wizardry Is This?

A couple of parcels today, with some new goodies for Frostgrave.

First, I needed some spellcasters.  For what will be obvious reasons to some of you I've decided that I want my major wizard and apprentice to be Sigalists.  Accordingly, we have these two:-

And I thought that Sigalists would appreciate a mystic text as a treasure marker...

And then there were a couple more generic Wizards 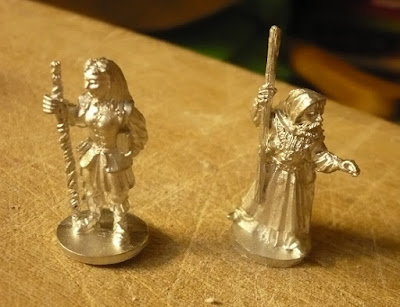 Despite these pieces (from Midlam Miniatures) being very reasonably priced, I thought I would save myself some money by making my own treasure markers from bits and pieces.

You'd have to be daft to buy some, wouldn't you?  Oh foolish me!

Within hours, Annie, The Dice Bag Lady posted to FaceBook that she was now stocking pieces from Ristul's Extraordinary Market.  I've seen their terrain in various on-line places, but I don't think I'd seen them for sale from a UK source before.

This is their Cursed Treasure pack:-

Which includes this piece, very reminiscent of a scene from the 1982 'Conan the Barbarian' film. 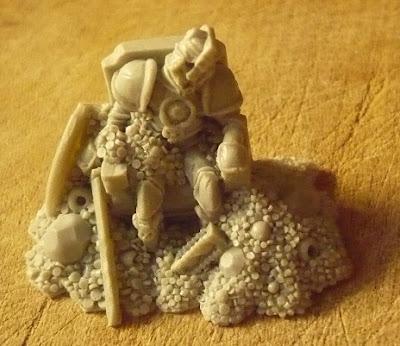 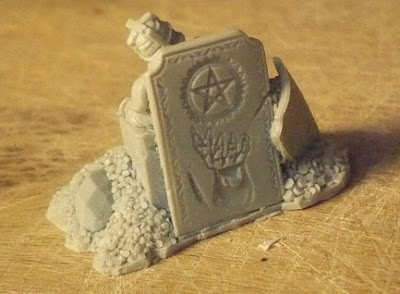 This was the first time I'd bought from either Midlam or Annie and I'd recommend them both.  Both had a very fast turn-around (I had Annie's parcel within 24 hours of ordering), despite not overcharging on postage.
at 17:57