Barrowmaze #12: Not There Again!

This was another day on which I left early (Real Life, eh?).  As such, I've only got the write-up for the first of the two delves that took place on that day.


To return to the Skeleton Room yet again (this must make at least half a dozen times!) and see what was behind the secret door discovered in the last session. 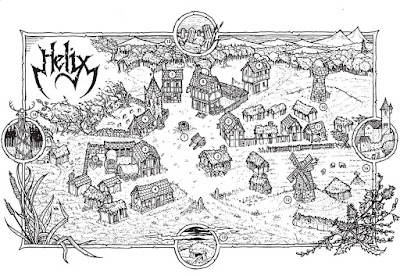 The party assembled at the Galmar’s Estate.  A new member, Thrudd the Dwarf, had been attracted by the posters around Helix and volunteered his services.  It was hardly necessary to pour over maps to discuss the well-traveled route to the Skeleton Room, and there was little argument that extra muscle was required.  Accordingly, a visit was made to Merg’s Mercenaries, where for 10gp two well-equipped fighters were hired: Lyrann for 10gp per delve; and Bregull thatcher for 24gp per delve.


A visit was made to the Church of St Ygg to procure Brother Othar’s blessing, but there was no repeat of the offer of free Holy Water, something that Wuss as a loyal follower of the Church did not press.  Moonwhisper enchanted the party’s lanterns so that they would cast Continual Light. 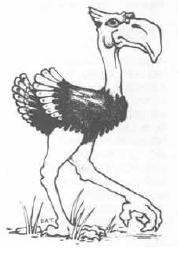 Five hours into the trip to the Barrowmaze, the party were surprised by an Axebeak.  This eight-foot tall bird leapt out of the mist to attack Decimus, who evaded injury due to his small size and Gnomish dexterity, but succeeded in killing Bregull.  The party’s reputation as a poor bet for hirelings was again proving correct.  On defeating the bird, Decimus took the time to remove its lower jaw for Ambrose’s collection.  Thrudd butchered it and put the drumsticks in his backpack.

On reaching the Barrow Mounds, it was decided to repeat our previous practice of undertaking some mound exploration before descending into the Barrowmaze. 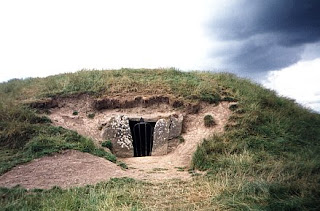 We went to a new mound (which we designated Mound 13 on our map).  The entrance to this circular mound was open, and Decimus sent Dachs in to report on what was inside.  Dachs reported that there was nothing of interest and Decimus – despite beginning to doubt the wisdom of relying on a badger’s sense of what is important – rewarded him. (What else was he to do?  A Badger is a Gnome’s Best Friend after all). 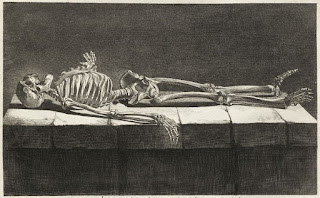 Going down the steps, the rest noticed two slabs on the far side of the chamber with skeletons lying on them.  Tarrow took no chances, and slung a shot at one of them, at which it promptly sat up.  Both skellies were quickly destroyed by ranged fire.

Attention then turned to the chamber.  Decimus and Thrudd checked the slabs, which were covered with geometric designs.  Using his Dwarven cunning for such things, Thrudd triggered a secret drawer, which contained a wooden figurine of a woman, a silver dagger and a scroll.

We then went on to the Back Door Mound, where we instructed the new members of the party in using the secret mechanism and entered the ‘Maze.

We moved through the Crossroads of Death to the Statue Room, where we spotted a body.  Fearing a trap, Decimus fired an arrow into it, to no effect, before going forward to examine it.  The body was that of an adventurer and had already been looted.  Wuss checked behind the remains of the statue in case anything was cached there, but to no result. 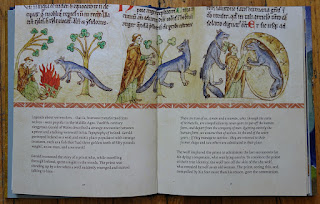 We continued without incident to the Octagonal Room.  There we found a pile of half a dozen bodies.  Whatever had killed them wasn’t around, so Decimus, never one to leave a corpse unlooted,  went through the pile.  Towards the bottom he found a backpack containing what appeared to be notes on monsters encountered in the ‘Maze, some of which he recognised.  This was taken for further study.

The Skeleton Room had been reached, but it wasn’t empty.  Three shadowy figures of adventures suddenly attacked the party.  Tarrow cast Phantasmal Force, causing a wall of flame to seemingly emerge from the pit that one of the Shadows was floating above, destroying it.

Heartened by this, Decimus cast Spook, which caused a second Shadow to flee, he then called out “They’re not Undead!”.  Despite this advice, Wuss put his faith in Holy Water, anointing his sling-shots.  These had no effect on the remaining shadow, as did none of the party’s other weapons, with the exception of Decimus’ enchanted axe, Deepshine.  Realising this, Decimus took up position against the Shadow, while the rest of the party watched for the return of the Spooked Shadow or any other danger.  This proved hard on Decimus, who was severely wounded, but fortunately Thrudd was able to recover Deepshine and demonstrated the axe-work for which Dwarves are famous, defeating the Shadow. 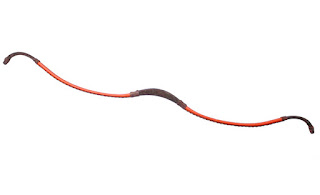 Used to having prone members in this room, the party stabilised Decimus and left him on watch, guarded by Dachs, while they examined the secret chamber that was the goal of this delve.  The room was curious.  To one end was a tentacled altar, upon which sat an unstrung bow, beyond this was a sarcophagus with a crude inscription on the wall above it “Here Lies Reutsool”.  On entering the room, a voice cried out from within the sarcophagus, claiming to be a trapped adventurer, and calling to be freed.  The party were wary of this, promised to return, and left, taking the bow with them.

On leaving the Skeleton Room and returning into the Octagonal Room, we found that the pile of corpses had attracted the attention of five Giant Rats.  Decimus used his knowledge of their language to attempt to parley passage through the rooms, an attempt that was held up by one particularly belligerent rat.  The deadlock was broken however, when Thrudd remembered that he had the Axebeak drumsticks in his pack.  Throwing these to the rats was enough to ensure that the party was able to pass through the room unmolested.

The withdrawal from the ‘Maze and the return to Helix proved uneventful.


Decimus required three days to heal from his wounds. 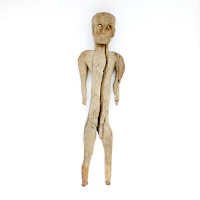 It was determined that neither the wooden figurine nor the silver dagger were enchanted.  These were taken to Huffenpuff’s who valued the latter at 35gp.  The figurine was also taken to Hendon the Miller, to see whether his knowledge of the Old Gods would through any light on it.  He reported that it had been the practice of those buried in the Mounds to have representations of their loved ones placed with them, and that this figurine had no special significance or value.

Mazzah valued the bow at 3,000gp, but after some discussion the party decided that the enchantment on it was so powerful that it was worth keeping for future use.