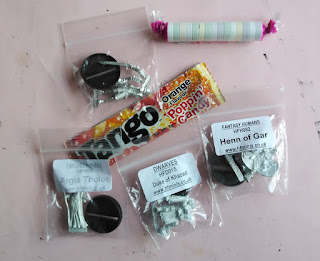 On the whole I behaved myself during the Black Friday/Cyber Monday nonsense.  I bought a few things on DriveThruRPG.com.  But I also took advantage of the sale at Hasslefree Minis to pick up some extra figures. 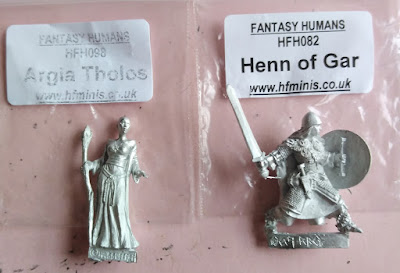 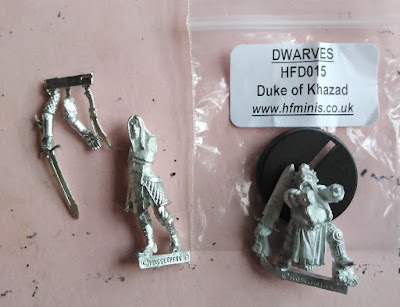 Nothing exciting, a couple more female figures, a dwarf and an elf (he didn't come with a label - he's HFE007 - Ceril "Brooding Elf Lord").  I'm not keen on metal figures that require assembly, but that's down to my own inadequacy rather than anything else!

I think the pictures speak for themselves.  All nice sculpts as you'd expect from Hasslefree: Henn of Gar is by Tre Manor, the rest by Kev White.
at 18:28