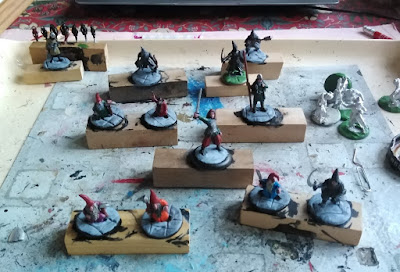 I haven't done any painting since before the summer, but the prospect of hosting my own RPG sessions requires me to get some minis ready for the table.  The group often says nice things about the minis I put on the table, so I thought I'd let that be a prompt to get the brushes out (we all need some encouragement!).  In addition, we're having a bumper session at the end of December, so I thought it'd be nice to have some new options.

So what have I been working on?  Grouped here by manufacturer for ease of identification;

Those photos are from last week as I did the prep.  I didn't get as far as I intended, but have made some progress... 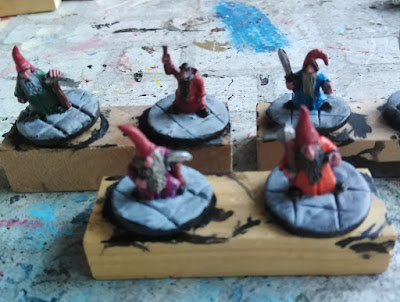 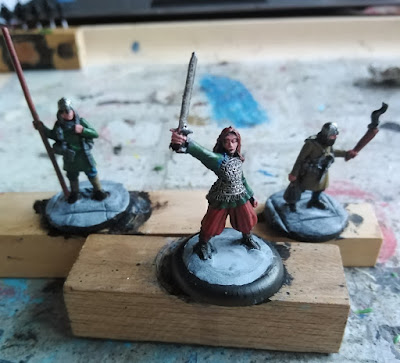 Seconds after taking the second photo, I snapped the 10-foot pole the hireling is carrying.  Sharp-eyed readers may also spot that one of the gnomes has lost his axe-head. 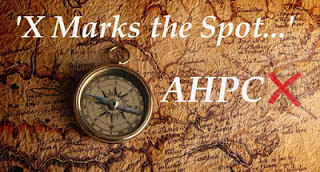 Also, it's that time of the year again.  The AHPC starts towards on 21 December.

I won't be taking part this year: for the past few seasons I've felt like dead wood and that I've been clogging up the limited roster of participants.  I know no-one would begrudge me, but that does take some of the fun out of it for me.  If you are interested though, I would recomend it.  Its not a competition: it's a group of painters working in parallel, having fun and being supportive of each other.