Now, as many of you will know, I'm old-fashioned (comfortably so - it's to do with my age).  I likes me Orcs to be pig-faced and Kobolds to be doggy rather than lizardly. 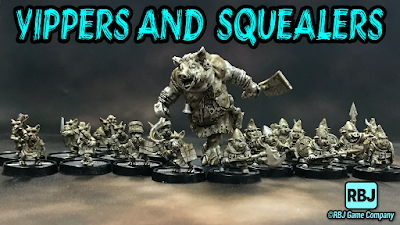 Those of a similar bent might like the Kickstarter by RBJ Game Co for Yippers and Squealers - pig-faced Goblins and dog-faced Kobolds*.  It's already well over target with a fortnight to go.

*They did pig-faced Orcs in a previous Kickstarter.

To be honest, the schnauzer-like Yippers are probably a little too cute to be successful Kobolds, but frankly they are such nice things, they're probably worth having on their own account. 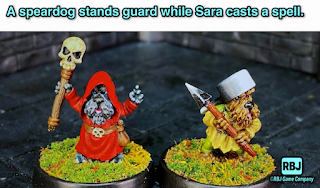 International postage being what it is, I won't be backing this one.  Had it been based on this side of the Atlantic, I think I probably would have some of those doggos.