This was the first session I’d played of ‘Wasters’, a cyberpunk hack of Old School Essentials.  I’ve written a short outline of the setting here.

We were misfits from our broken society, those who had chosen to leave the dystopian slums and to go into The Wastes, scavenging for whatever we could find.

The watering-hole and meeting-place for such misfits is Club Lavender in the Safe Zone.  It was there that we picked up our job: to go and retrieve maps and surveying tech that was in the admin buildings of a long-neglected park.  The reward was to be a data chip containing useful (and therefore valuable) information that we could trade for hard cash.

Before we set out, we managed to hire a mixed bunch of retainers.  In addition, Wispa bought some tech – an amour that the vendor promised would be worthwhile.  At the last minute though, she decided that it was too risky to trust it on a mission without it being tested first.

As Wispa had the most experience in The Wastes, she led us through the ruins, managing to avoid gang territories.  At first travel was uneventful: we saw gang tags and heard shots, but weren’t interfered with.  Towards mid-afternoon, however, we were approached by a group of nine strangers, apparently armed with knives.  Warnings and threats didn’t deter them, so Wispa took a pot-shot, killing one.  After that they scattered.  An examination of the body found no gang marks and only meagre possessions: they were probably Muggers.

After an uneventful night’s rest, we set out on our eastward journey.  We encountered wild boar rummaging around in the ruins of a burn-out fast-food joint, but were able to avoid them easily.  It was with some surprise at our good luck so far that we then entered into the Park.  The rest of the day was spent scouting the block and turning over the ruins of the admin block.

Having successfully discovered the maps and surveying tools, all that remained for us to do was to return to the Safe Zone.  We determined that, given the number of wild animals roaming freely, the Park wasn’t a safe place to spend the night.  Therefore, we moved into an adjoining block as, despite it being deeper into the Wastes, we could see that it was unclaimed territory. 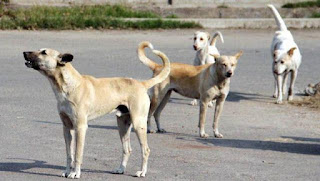 We settled down in a deserted office building for the night, but during Wispa and Wilber’s watch they heard animal noises in the street outside.  All, apart from Two-Brain's retainer went out (she earned the tag “Yellow Dog” as a result), only to be attacked by a pack of feral hounds.  In the ensuing melee Jax was savaged and killed.  Meatshield insisted that it was a proper tribute to cook and eat the defeated hounds.

The next day, rather than returning to Club Lavender, we decided to scout this new block and to see if there was any other loot worth taking.  We came across one building of interest, a relatively intact warehouse which seemed to still have power. 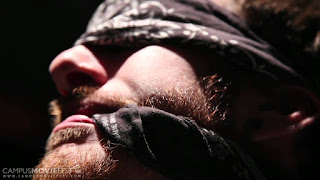 Unfortunately, both our Infiltrators were unable to break in without setting an alarm.  It was immediately clear that we had broken into a very dangerous building indeed.  Not least because in the corner was a naked, bound and gagged prisoner, chained to a chair and nodding his head wildly.  Wilber took off the gag only to hear “The whole place is rigged to blow!”.  As we tried to leave, the gang members erupted from the back room.  Wispa and Meatshield hurried the prisoner along, but he attempted to set off the booby-trap in order to delay the axe-wielding gangstas.  This was mainly futile, only managing to wound one and himself.  Meatshield’s attempts to save him were unsuccessful, and the prisoner was hacked to pieces before he even managed to tell us his name*.  Meatshield sacrificed himself, holding the rear and allowing the rest of us to retreat to a safe distance.  When it became clear to the axemen that they weren’t going to be able to bring us to melee before we picked them off with our carbines, they stopped the pursuit.

*This was in fact Rodrigo's replacement character, Damon.  After his death, Meatshield was promoted to PC, albeit briefly.

After such a bruising encounter, we made our way as directly as possible into the Safe Zone, keeping a low profile.  We took a diversion to avoid a Police patrol and, later, had to dump our rations to distract some marauding boars.

On returning to Club Lavender we received the data chip.  Once decrypted by Two-Brains, it contained intel on gang movements, with a street value of $5,000 in the Safe Zone or perhaps twice or three times that in The Wastes.  We opted for the quick payment.