A belated update on my June gaming (the section on face-to-face was written in mid-June, the rest towards the end of July).  In the end, the Barrowmaze group still hasn't met, however, Wasters now alternates between Sundays and Fridays, so I'm getting some games in.
Face-to-face gaming is coming back!  Well, it's been back for a while, but I managed to get back into my FLGS for the fist time since it opened in April.  It was good to see it busy, with several tables in play even on a Friday afternoon (it certainly seems that the arrangement with the resurant upstairs and getting an alcohol licence are helping!).  While I was browsing Keiran, the proprietor, came over and had a chat with me about how things were going, which was nice.
With the relaxing of COVID restrictions, our face-to-face group (The Tamson Relief Expedition) is going to be meeting again to continue our long-term Barrowmaze delve.  Sadly, at the beginning of this month I started working on Sundays so will miss both these games and many of the sessions of the on-line Wasters game I've been involved with in the last year.
Nevertheless, my visit to The Games Table has inspired me, and I'm hoping to get some boardgame action in (even if that means going on a Thursday night and playing with strangers) or looking for a weeknight RPG group.
So, what have I been playing?
Evils of Illmire 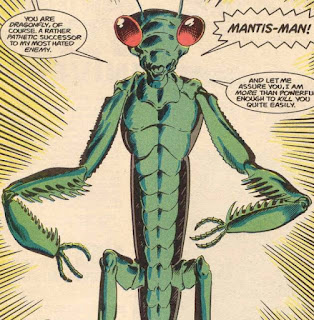 After a long break due to players' work commitments (we last played on 28 Apr) we resumed the second version (with new, Lv 1 characters) Illmire campaign.  Unfortunately, this was the only game we managed that month.
Our party have undertaken to clear a lake of Fishmen.  To help, we've done a deal with the local Froglings to get stuff that will enable us to breath underwater.  The Froglings want us to murder a nest of Mantismen (who have a tendency to hunt and eat them) and bring us the head of their queen.  This rather clumsy set-up is a rare off-tune note in Illmire.
So, accompanined by three young Froglings, we made our way to the Mantis-mound.  Things started well, with some decent scouting and ambushes of a hunting-party and some guards.  When we entered the mound, things got a little complcated...  It was bigger and more complex than we'd given allowance for - our plan of poring oil in the top and setting it all on fire was a little too basic.  We managed to clear some of the top levels, but it seemed likely that we'd merely concentrated the opposition into the lower levels.
Wasters

A new player joined us from this session, which was a pleasure.  We carried on with our task of pacifying a block to extend the Safe Zone and establish our own base. 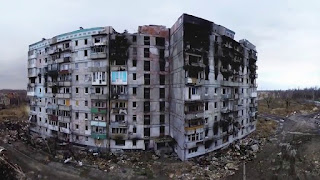 Only one building was left to be cleared.  This turned out to be full of Raiders (think Reivers from 'Firefly').  It was a bloodbath...
All our retainers and all but one of our PCs were killed.  Our bots (including the invaluable brute, Klunk) were disabled and left behind.
Surprisingly, the survivor from our last session was able to persuade some of the rest of the Crew (it being OSE, we all always have two PCs rolled up) to go back to the block (and even recruit some new PCs).  The main reason was to get Klunk back - he was far too useful.
This time were went in loaded for bear, and spent more time in careful scouting and prep.  Despite all this, we couldn't even manage to get into the building and ended up having a major firefight on the roof.  Again, we lost PCs and Retainers, but in the end got the upper hand.
Klunk wasn't salvagable, but Henry - our hover-bot - was.  We also managed to loot the Raiders stash of cybertech.
The block finally salvaged we reaped a reward.  Frankly, after four or five bloody and costly sessions, I wonder whether it was worth it.  But that's the bleak, distopian Wasters way.
The Crew was now free to take on new jobs, but we didn't like any of those on offer at Club Lavender this week, so we thought we'd go a-wanderin'.
We found an interesting building, tried to recruit some urchins as Irregulars and ended up adopting a dog and a cargo drone.
at 23:43