One of the rarest military occasions happened today: the presentation of a Victoria Cross, something that has only happened only 14 times since the end of the Second World War.  Sadly, like eight of those 14, this was a posthumous award.

Kerry Ashworth was given the medal awarded to her son L/Cpl James Ashworth of 1st Bn, Grenadier Guards, by the Queen in an investiture at Buckingham Palace.

Ashcroft of Kettering, joined the army in 2006, aged 17, and followed his father and elder brother into the Grenadier Guards.  He was on his second tour of Afghanistan when he performed the acts which led to his death and him earning Britain's highest honour.


The citation for L/Cpl Ashworth's award was given in a supplement to the London Gazette published on 22 March of this year.  It bears reading in full:


On the 13th June 2012 the conspicuous gallantry under fire of Lance Corporal Ashworth, a section second-in-command in 1st Battalion Grenadier Guards Reconnaissance Platoon, galvanised his platoon at a pivotal moment and led to the rout of a determined enemy grouping in the Nahr-e-Saraj District of Helmand Province.

The two aircraft inserting the Reconnaissance Platoon on an operation to neutralise a dangerous insurgent sniper team, were hit by enemy fire as they came into land.  Unflustered, Ashworth - a young and inexperienced non-commissioned officer - raced 300 metres with his fire-team into the heart of the insurgent dominated village. Whilst two insurgents were killed and two sniper rifles recovered in the initial assault, an Afghan Local Police follow-up attack stalled when a patrolman was shot and killed by a fleeing enemy. Called forward to press-on with the attack, Ashworth insisted on moving to the front of his fire team to lead the pursuit. Approaching the entrance to a compound from which enemy machine gun fire raged, he stepped over the body of the dead patrolman, threw a grenade and surged forward. Breaking into the compound Ashworth quickly drove the insurgent back and into an out-building from where he now launched his tenacious last stand.

The village was now being pressed on a number of fronts by insurgents desperate to relieve their prized sniper team.  The platoon needed to detain or kill the final sniper, who had been pinned down by the lead fire team, and extract as quickly as possible. Ashworth realised that the stalemate needed to be broken, and broken quickly. He identified a low wall that ran parallel to the front of the outbuilding from which the insurgent was firing.  Although only knee high, he judged that it would provide him with just enough cover to get sufficiently close to the insurgent to accurately post his final grenade. As he started to crawl behind the wall and towards the enemy, a fierce fire fight broke out just above his prostrate body. Undaunted by the extraordinary danger - a significant portion of his route was covered from view but not from fire - Ashworth grimly continued his painstaking advance. After three minutes of slow crawling under exceptionally fierce automatic fire he had edged forward fifteen metres and was now within five metres of the insurgent’s position. Desperate to ensure that he succeeded in accurately landing the grenade, he then deliberately crawled out from cover into the full view of the enemy to get a better angle for the throw. By now enemy rounds were tearing up the ground mere centimetres from his body, and yet he did not shrink back. Then, as he was about to throw the grenade he was hit by enemy fire and died at the scene. Ashworth’s conspicuous
gallantry galvanised his platoon to complete the clearance of the compound.

Despite the ferocity of the insurgent’s resistance, Ashworth refused to be beaten. His total disregard for his own safety in ensuring that the last grenade was posted accurately was the gallant last action of a soldier who had willingly placed himself in the line of fire on numerous occasions earlier in the attack. This supremely courageous and inspiring action deserves the highest recognition. 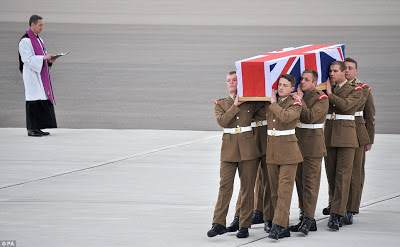 Ashworth is one of only two men to earn the (British) VC during the present Afghanistan conflict: the other was Cpl Bryan Budd of 3rd Bn, Parachute Regt, in 2006. 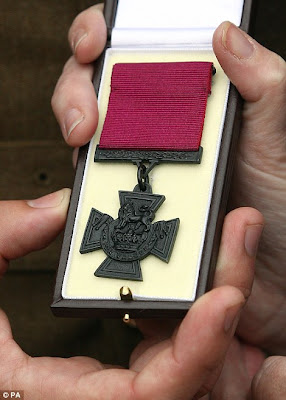