Prince George Edward Alexander Edmund, Duke of Kent, was born on 20 December 1902 at York Cottage, Sandringham, the fourth son and fitfh child of King George V and Queen Mary (then the Prince and Princess of Wales).  He was therefore fifth in line of succession to the throne at the time of his birth.  He was educated privately and at the naval colleges at Osborne and Dartmouth. 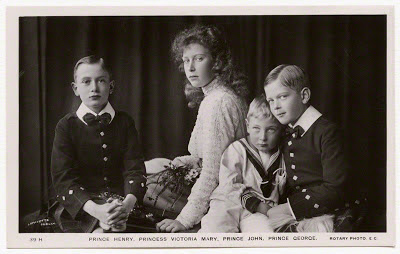 Passing out of Darmouth as a Midshipman in 1921, he served in the Royal Navy until 1929 and was then attached to the Foreign Office and Home Office.  He accompanied his brother Edward on his tours of Canada (1927) and South America (1931).  In 1934 he undertook a tour of his own through Africa.  He was designated governor-general of Australia in 1938, but this appointment was cancelled due to the outbreak of war.

During the war he initially served in the naval intelligence section of the Admiralty with the rank of Captain (later promoted to Rear-Admiral), but wanting a more active role, transferred to the Royal Air Force where he took the rank of Group Captain (later Air Commodre)  in the Training Command.  Here he was involved in welfare and morale-raising, visiting many RAF establishments.  He also toured Canada and the USA during 1941.

On 25 August 1942, the Duke was en-route to visit RAF forces in Iceland when his Sunderland aircraft crashed at the Eagle's Rock, near Dunbeath in Caithness.  All 15 people on board were killed.  He was buried at Windsor.


Prince George married Princess Marina, daughter of Prince Nicholas of Greece on 29 November 1934 - to mark this he had been created Duke of Kent, Earl of St Andrews and Baron Downpatrick.  (Princess Marina will have her own 'Royals in Medals' post.)

The couple had three children

According to the Dictionary of National Biography, the marriage was a turning point in his life, 'strengthening his character and making his purpose in life more definite'.  Certainly, his lifestyle was less dissolute publicly, and his alleged drug used seems to have stopped; yet he appears to have continued to have affairs.  He is believed to have been bisexual, and those it is claimed he slept with are said to include Jessie Matthews, Barbara Cartland and Noël Coward. 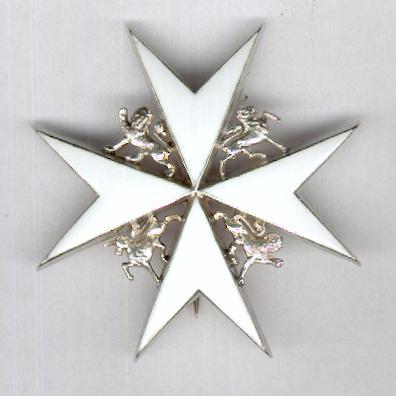 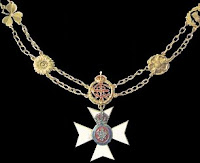 Prince George's next-of-kin could have applied for campaign medals to mark his service during World War II.  As his medals have never to the best of my knowledge been on display, it is impossible to know whether any medals were issued.  It is also unclear what they would have been.  The following entitlement is therefore my best guess.