Fruit of the Kickstarter #2

Some of you might remember in that back in July I pledged on Studio Miniature's kickstarter for a Sikh Wars range.  It was over 400% funded and, as I pledged at one of the simpler levels mine was one of the earliest to be dispatched: it arrived earlier this week.

They're three rather nice Sikh officers - 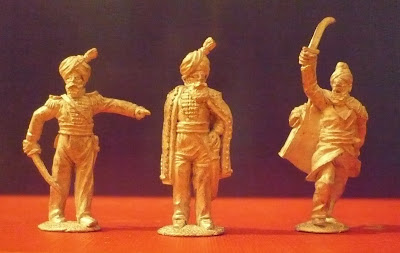 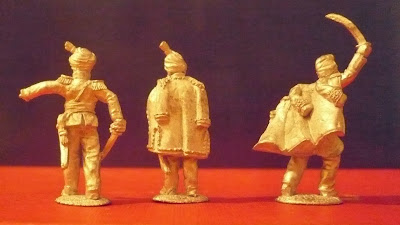 The rest of the range is equally nice, but it's not my period.  I though these officers might fit in a Pulp setting as Mad Maharajahs!

In writing this post, I find they can now be ordered from their website for less than my pledge.  Obviously I hadn't got the point that kickstarter bargains only happen at the higher pledge levels or if you want to buy the add-ons...

One of the free figures at those levels was a Flashman.  I don't know if they'll eventually sell him for Mr Awdry to buy, but here he is - 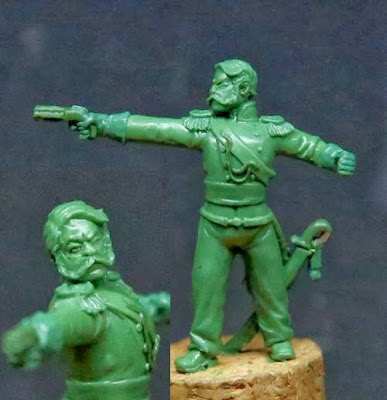 The other Kickstarter I have outstanding was Oathsworn Miniatures Heroes.  They are proving to be models of good communication, sending us messages at every stage of the process.  Anyone interested in the process of designing and producing miniatures should  have a look at their updates for a masterclass.

I went a bit larger on this one.  Hopefully I'll have an update in February!
at 18:50