Given the interest in my earlier post, it's probably worth doing this == STOP-PRESS == announcement.

In addition to the 'Walking With Dinosaurs' packs I mentioned, Argos are doing a boxed-set of the six major characters from the film for £11.99 - or £15.00 for two. 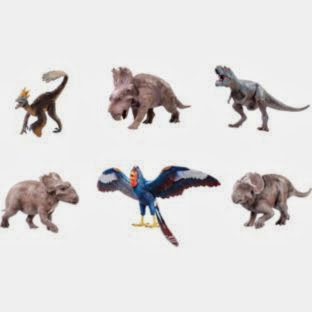 We might see them elsewhere too, as there seems to be a lot of marketing for the film (which opens in the Christmas holidays).

Email ThisBlogThis!Share to TwitterShare to FacebookShare to Pinterest
Labels: Dinovember