The Old West Comes Into Town

For my latest submissions to the Analogue Painting Challenge, I went Western.

First were three 28mm figures from Artizan Design - their 'Pinkerton Detective I' set.  These are the first Old West figures I've painted and (like all Artizan's) proved to be a joy to work on.

I went with the classic bluff duster coat look - it's hard to imagine that these figures were supposed to be done any other way.  That being said, I was tempted to convert the guy with the glasses into Prof Calculus for my Tin-Tin league!  Another time...

I see the dude in the blue suit as The Boss - it seems to me he could be quite at home as a rancher, saloon-owner or hired gun.  The other two certainly have a professional killer vibe about them.

In contrast to the Artizans, the figures I chose for the Casualties Bonus Round were of inferior quality.  These resin casts were the Dead Men's Hand 'Lawmen Casualties'.

I was disappointed with both the poses (which were quite unnatural) and the modelling.  The sitting figure (which had sold this pack to me) was alright, but he has the strange thing going on with his left foot that the prone figures are suffering from.  They at least seem to have and concept of Heath and Safety - they've taken the sensible step of putting their heavy-duty mittens on before sticking their right arms in the path of a steamroller.

In the end I went with the seated figure for the bonus round (the other two will be submitted later). 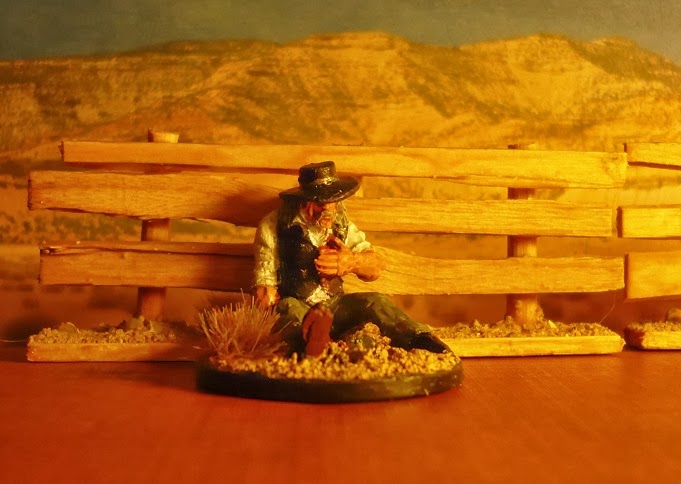 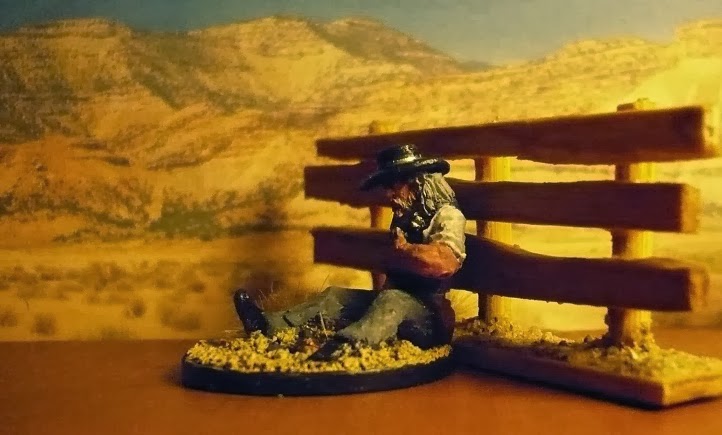 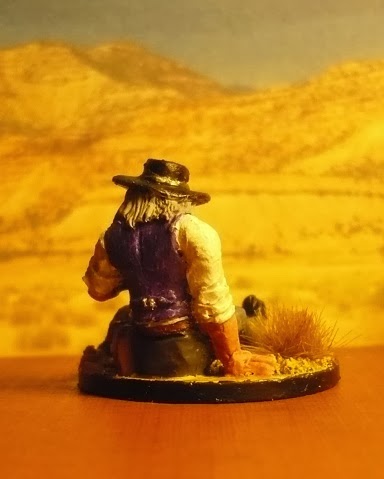 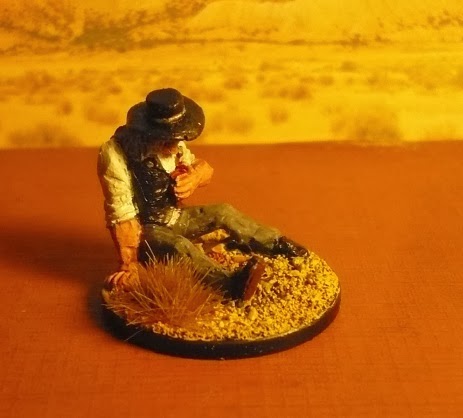 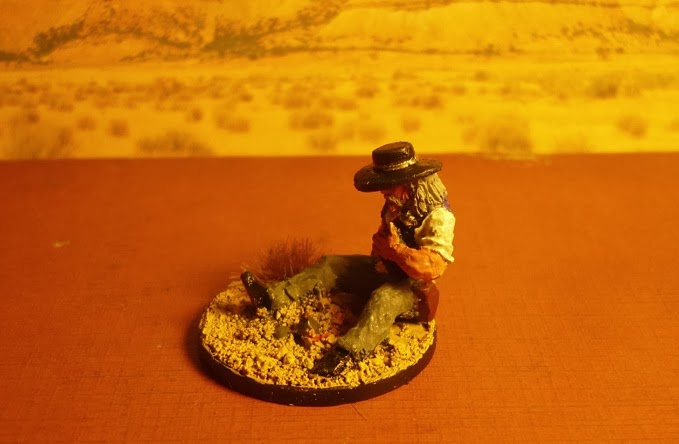 He came out much better than I expected, and I think looks much better alone.   As I said in my submission, I think there's some pathos in the character that ties in with the idea of him being left to die alone on the range...
at 22:15