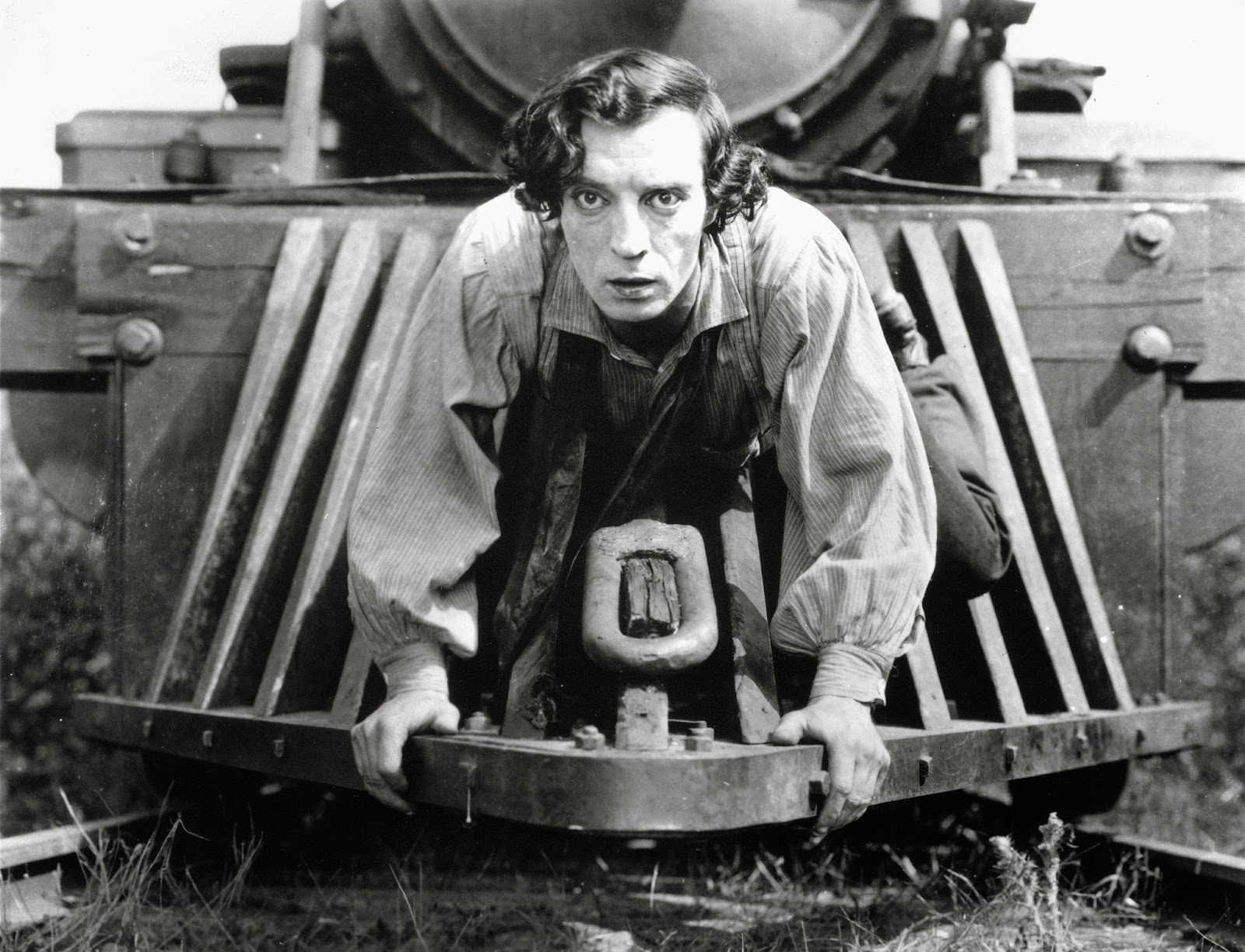 The other week (Valentine's Day actually) The Wife and I watched Buster Keaton's 1926 film The General.  As many of you know, this is frequently cited as one of the best films of all time: I've seen clips of the set-pieces, but never sat down and watched the whole thing.

One of my more annoying habits is that after watching a film or tv programme, I go onto the 'net to find out more about it.  I was surprised to learn two things about the film.  The second is quite interesting, so stick with me...

The story is a relatively simple one:-

Johnnie, our hero is a railroad engineer in pre-Civil War Georgia.  He has two loves - his engine, 'The General', and a fetching air-head.  When news of the outbreak of war comes, Johnnie contrives (though a number of amusing antics) to get to the head of the queue to enlist.  He is turned down on the basis that he's more use to the South as an engineer than as a soldier (though the recruiting officer doesn't tell him or anyone else this).  Despite getting back into the queue a few times more, Johnnie remains a civilian.  The air-head and her family refuse to have anything to do with him until he's in uniform.

The war progresses, and the Yankees come up with a plan to steal a train and then take it north, destroying bridges. etc, on the way.  Having cut the route for the relief of besieged Chattanooga, they will then meet up with the Union Army with a trainload of supplies.

The train they take is the General - grabbing it while the crew and passengers are on a scheduled fag-break.  Unfortunately, the air-head has gone back to get the lighter she left in the baggage car and thus is also captured.  Johnnie sets out in pursuit, first on foot, then in a hand-cart and eventually in another train.

He arrives in the Yankee camp, rescues the air-head (he doesn't tell her that he didn't know that she was there) and takes the General back.  Eventually, he warns the Rebs of the approaching forces, wrecks the supply train and wins the day.  He is commissioned and gets his girl.

If you want to see it, here it is courtesy of YouTube -

So on looking up the film, I found that the acclaim it is held in was not felt at the time.  It was a minor flop at the box-office - one critic said is wasn't funny enough to be a comedy or thrilling enough to be an action movie (I must agree that he has a point).  It cost Keaton his independence as a film-maker, and he never recovered financially.

The second, more interesting thing, is that the whole thing is based on a true story and follows it quite closely!  This may not be news to those of you who know about the American Civil War, but it was to me.

Andrew's Raid (the Great Locomotive Chase) took place in 1862.  Most of the events depicted in the film happened, even the chase by the engineer on foot, then hand-cart then train.  Fortunately, the air-head seems to have been a Hollywood embellishment.  The raiders failed to inflict any major damage.  The were captured, executed as unlawful combatants and (most) awarded the Medal of Honor posthumously.

The real engineer was William Alan Fuller.  For his exploits he was indeed commissioned, into a newly formed railway militia.  He died, a Georgia hero, in 1905.

The General survives and is preserved at the Southern Museum of Civil War and Locomotive History in Kennesaw, Georgia (the site of her capture). 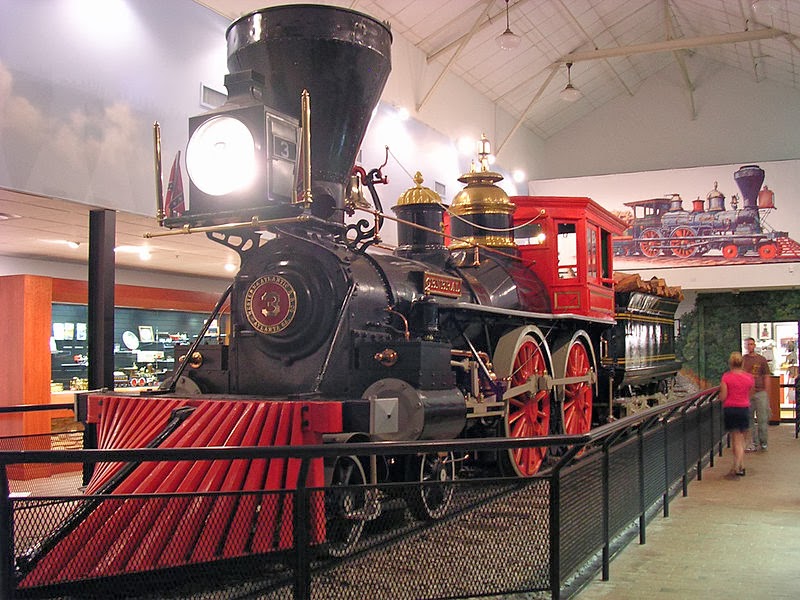