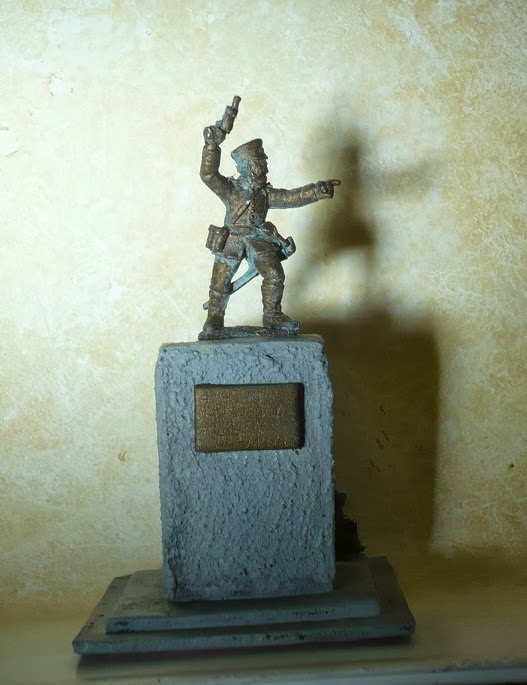 For the 'Heroes' bonus round of the painting challenge, I submitted an image of the famous statute of 'A Aranha' that dominates the Praça dos Heróis in Capital City.  He is, of course, captured in his penultimate moments, urging his men to victory in the final battle against the os federais. 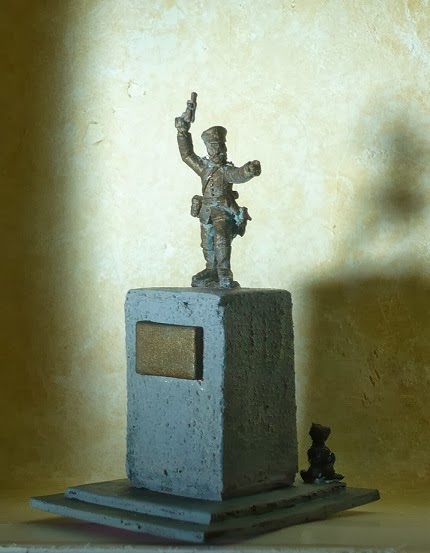 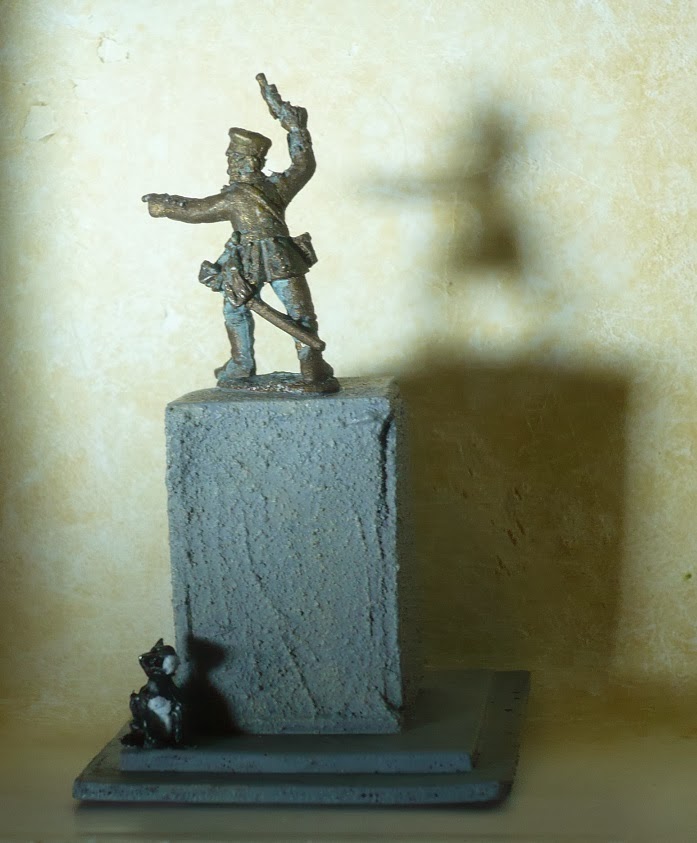 I wasn't sure what the figure is - it came in a lucky bag deal from North Star.  He looks vaguely Crimean or naval brigade in NZ to me, but I've chosen to see him as a liberator of his South American nation who fell in the final battle against the oppressors.  He turns out to be from the command pack for North Star's 1866 Prussians, so I wasn't that far off as to period.

He cries out for a pigeon or two, but I couldn't bring myself to do that - instead the cat has chased them off.  The plinth I botched together from some foam sheets, and I'm afraid it shows!

I'm currently working on some retro rocketeers and Pinkerton detectives.  I'm also considering re-thinking my Last Stand entry, having seen that Mr Awdrey is working on that staircase on  Khartoum.  Yet he says he's going to do it with a twist - any bets on a Zombie Gordon?