There is a small chain going around Facebook as follows


The idea is to occupy Facebook with art, breaking the monotony of photos of lunch, selfies, sushi and sports. Whoever likes this post will receive an artist and has to publish a piece by that artist with this text.

I've never been sent pictures of sushi, but I get plenty of whippets (which I subscribe to) and bats (I've a friend whose a big fan of demonstrating that bats are lovely), and LOTS of American politics.  But spreading art around the world is a grand project, so I'm happy to participate.

Gary Amos nominated Raphael for me.  Not the turtle, but some old painter on the basis that he painted popes and dead bishops.  I was hoping to present the Madonna with Ferret, but that turns out to have been by Leonardo: instead there is this:- 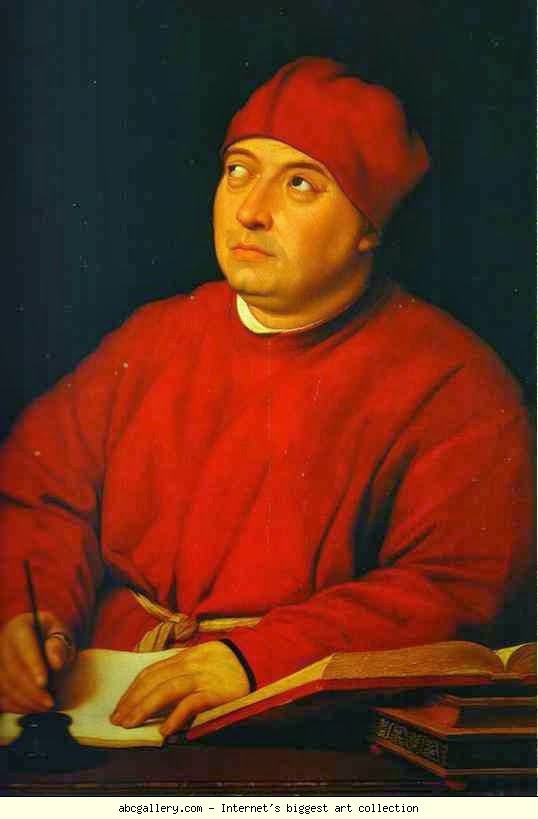 This is Cardinal Tommaso Inghirami a humanist scholar and poet who was appointed Prefect of the Papal Library in 1510. There are two copies, one in Florence and the other in Boston.
at 23:38