Well, this year's Analogue Painting Challenge is over...  Whoof!  I'll post my reflections on it later in the week, but it's been a blast.


When I read that the final bonus round was going to be 'Last Stand', I knew that I was going to have a go at the Perrys' Death of Gordon Vignette.  I added it to my Christmas list, and was fortunate enough to have it bought for me by My Lovely Wife. 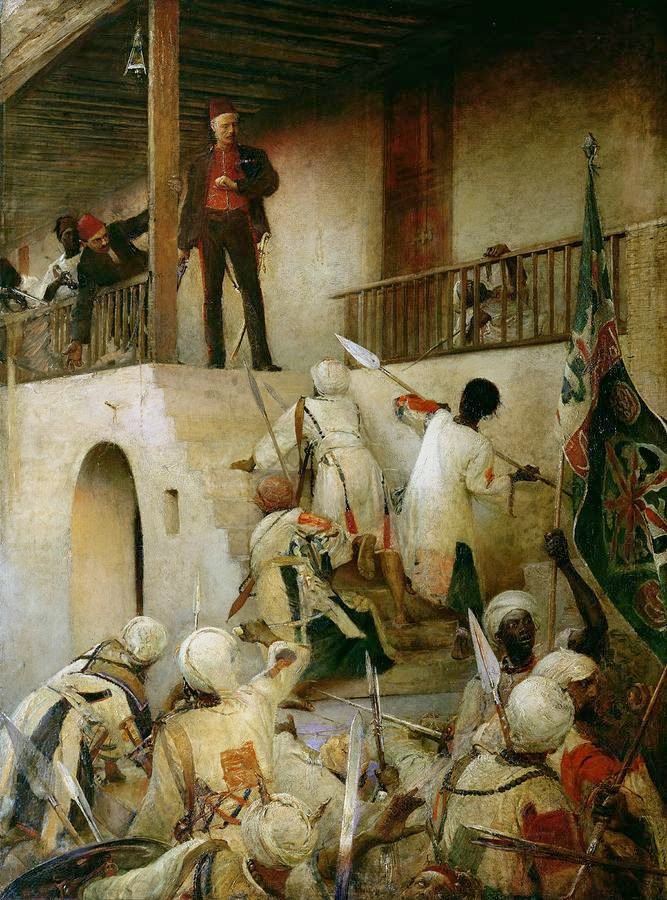 The exact circumstances of Gordon's death aren't clear (except that his severed head was put on display), but a version has been fixed in the general imagination by the George William Joy 1893 painting, a scene copied in the 1966 film 'Khartoum' in which Gordon was famously, and implausibly, played by Charlton Heston. 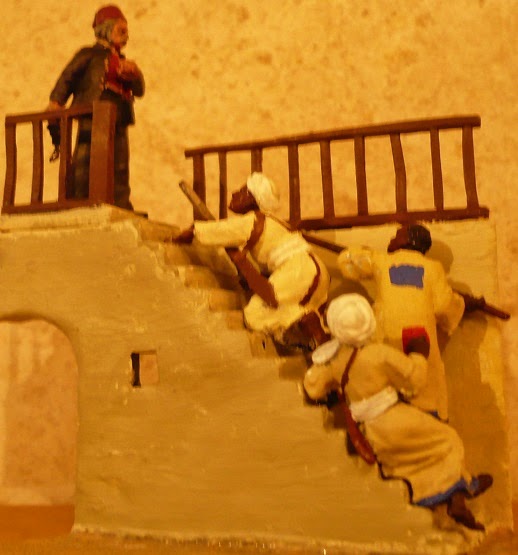 It's this image that the Perrys have used for their set-piece, albeit with only four figures.  From the beginning I know I wanted to catch the sense of Gordon standing alone in the face of an overwhelming tide of humanity.  To that end, I chose to mount the staircase right at the back of the base (a drinks coaster from an old training course) in order to give a fair amount of foreground. 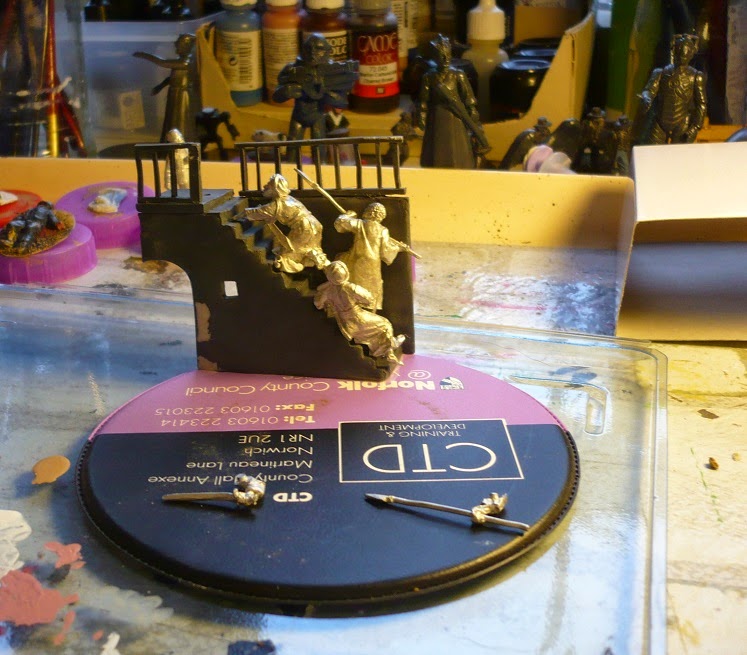 My idea was to fill this space with Mahdists, and I accordingly bought a bought of Perrys' plastic Ansars (a good buy - 40 figures for £20.00).

But first I worked on the man himself...

Adding the mob worked rather well, I thought, and I was pleased with my first attempt at a vignette (although The Wife pointed out that the mob looks as if it came in a 'crocodile', two-by-two). 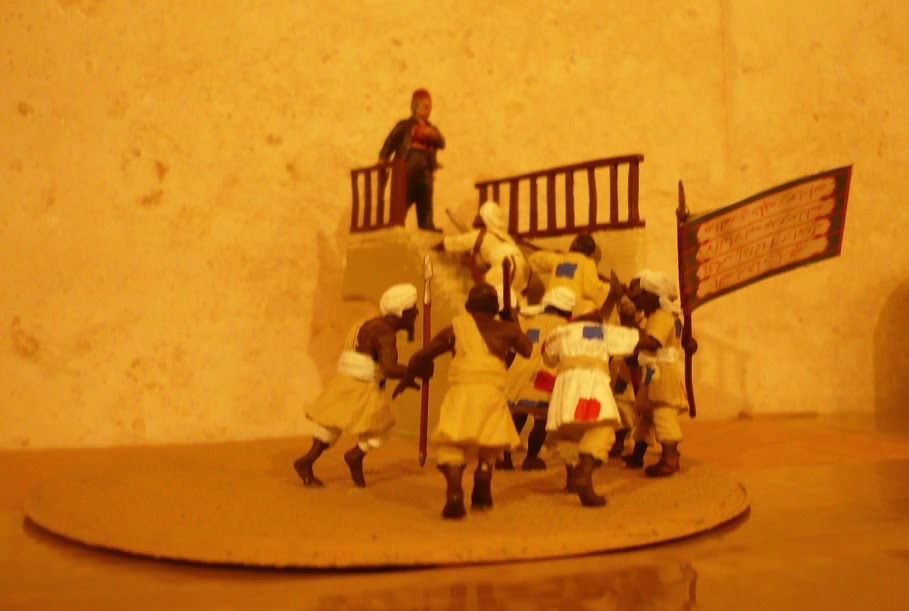 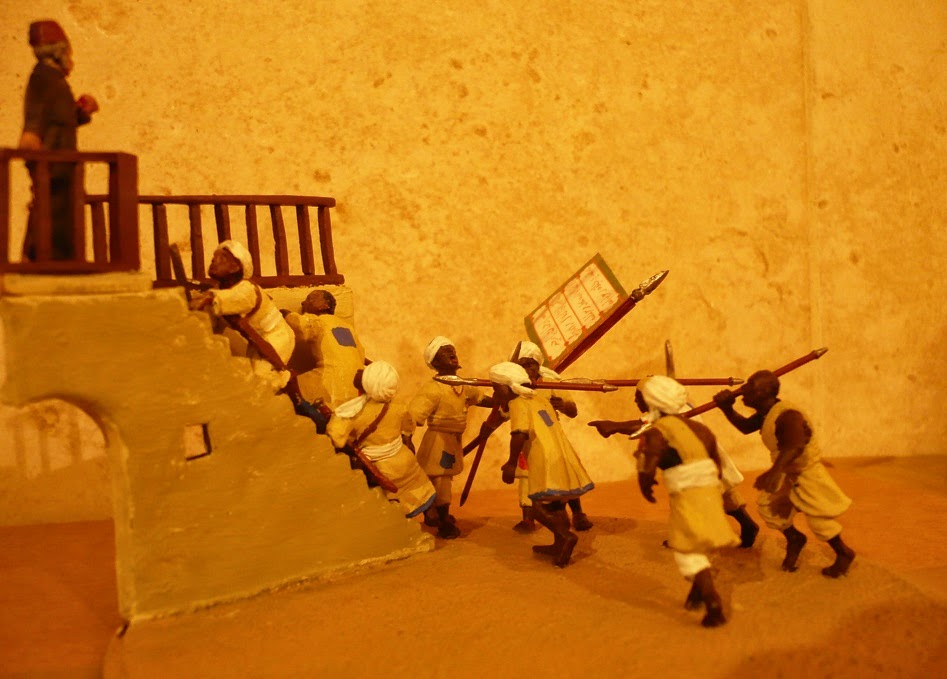 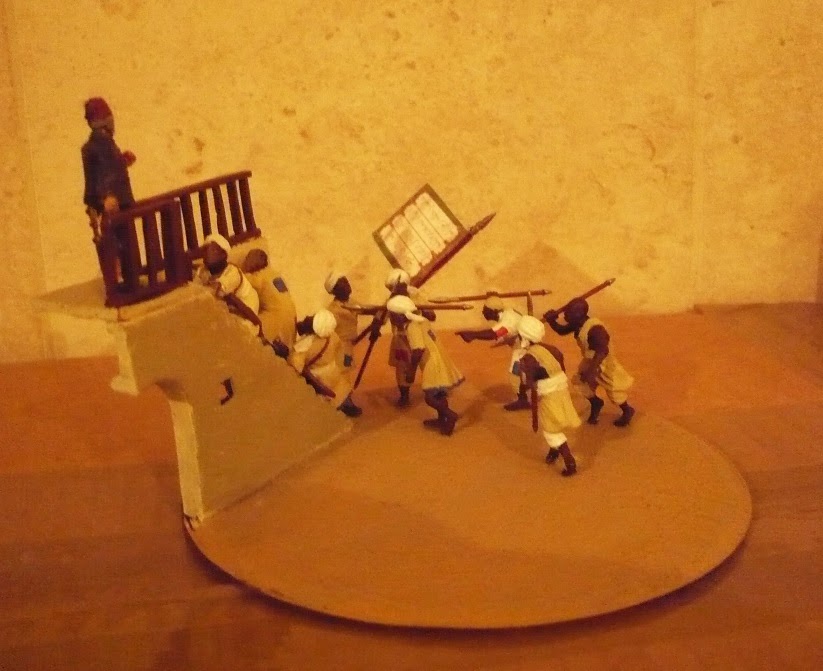 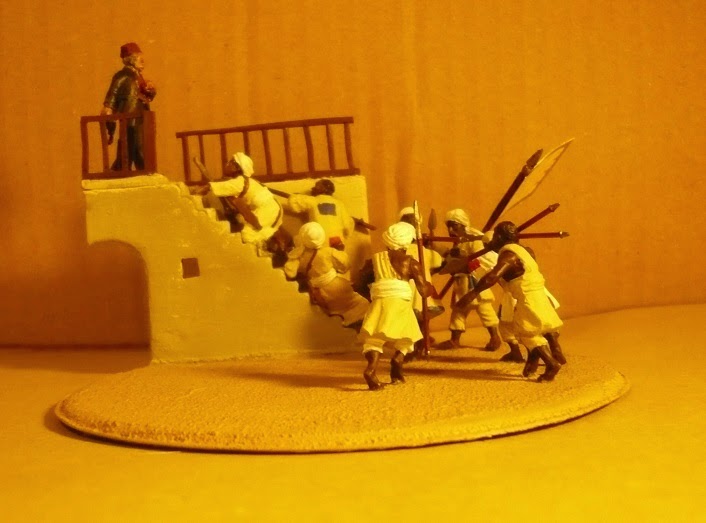 On the other hand...

Knowing that Michael Awdry was also going to submit Gordon's Last Stand, and knowing I was going to be outclassed, I gently teased him about how he was going to make his different (dinosaurs and zombies were mentioned).  This is the result...