Many of you will know that this weekend saw the Favourite Character bonus round in the Analogue Painting Challenge.  The entries are now up on the website and I encourage you to go and have a look at them, read the interesting rationales behind their inclusion and vote for your own favourites.  There's a lovely variety there.

I chose to submit a figure representing the well-known and popular character actress Dame Margaret Rutherford.  She was a real 'character' and had a remarkable life, starting with her father being a certified madman (in the sense of being sent to Broadmoor for bludgeoning his father to death with a chamber-pot!) and ending in a ménage à trois with her husband and a man forty years her junior.  Despite personal tragedies, she was a noted comic on stage and screen - her best known film roles were in Ealing Comedies and as a Miss Marple in light-hearted interpretations of Agatha Christie's character.  My own personal favourite is Grand Duchess Gloriana in The Mouse on the Moon (1963).

There are at least two figures representing her, one by Black Cat Bases (which I am still waiting for, though I ordered and paid for it last June) and another by Artizan Designs.  This is the latter (the dog, I think is one of Black Cat's). 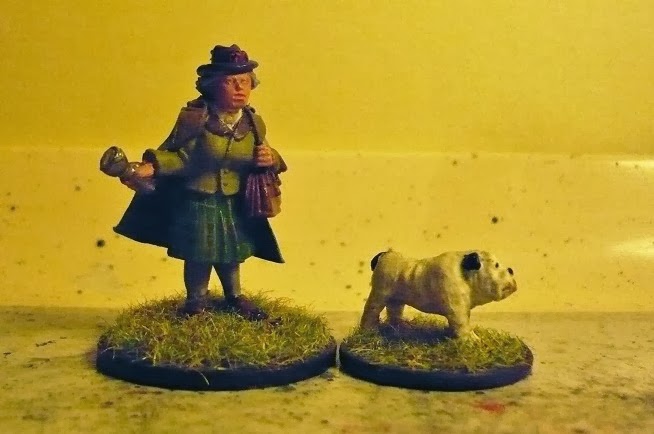 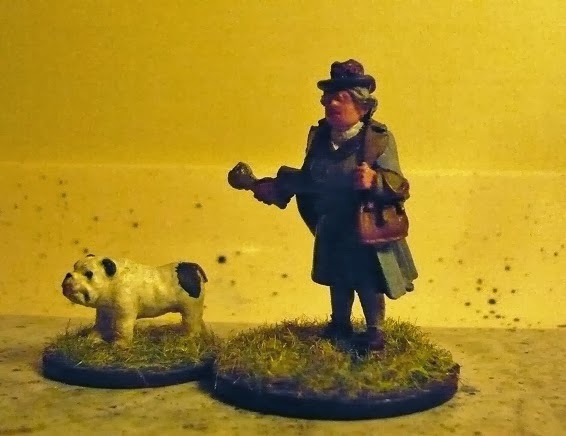 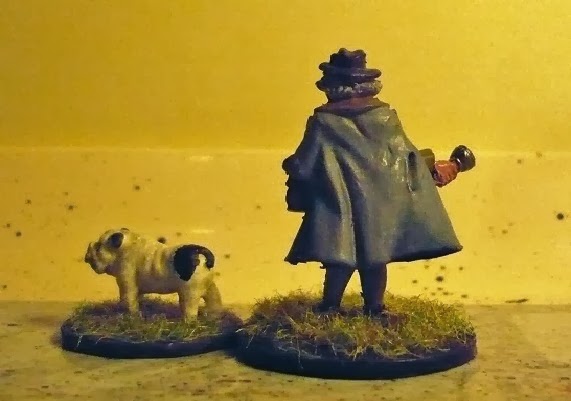 In my submission to Curt I said that the figure represented Rutherford in character as Miss Marple.  On reflection, I think it may be the diplomatist Prof Hatton-Jones from Passport to Pimlico (1949).  However, as the clip below shows, she wore much the same costume in all her films!


For your pleasure I attach the opening sequence to Murder at the Gallop (1963), which gives you a flavour of the Marple films.