It's been quite a while since I made a Royals in Medals post and I recently received a slight rebuke for not mentioning the controversy over the Duke of Edinburgh's appointment as a Knight of the Order of Australia.

The controversy is down to three points.

First, there is the political dispute over the grade of Knight/Dame itself.  When the Order was created in February 1975 (under a Labor government), the Order consisted of three grades: Companion, Officer and Member.  Just under a year later (under a Liberal government) the grade of Knight/Dame and the Medal of the Order were created, only for it to be abolished in March 1986 (under a Labor government).  In 2014 the Liberal Prime Minister Tony Abbott recommended to the Queen that the grade be re-established, and Letters Patent were issued to that effect.  As one can quickly guess from these to-ings and fro-ings, the whole matter is tied up in party politics: the Labor Party has said it will again abolish the grade when it is next elected.

Secondly, there is the matter of the announcement of Prince Phillip's appointment.  The announcement itself was made on Australia Day, 26 January,  2015: this was the first that senior government ministers had heard of the matter and they felt aggrieved to be included in the backlash (and ridicule) which followed Mr Abbott's unilateral action.  The upshot is that A.bbott was forced to relinquish the Prime Minister's power of patronage in the Order - which is now held by an independent body.

The third point is a more fundamental one.  The criteria for appointment to the Knight grade of the Order is 'extraordinary and pre-eminent achievement and merit of the highest degree in service to Australia or to humanity at large'.  Does the Prince meet that criteria for his long service as consort to the Queen of Australia?

All questions aside, the Queen presented the Duke with the insignia of the knighthood on 22 April. 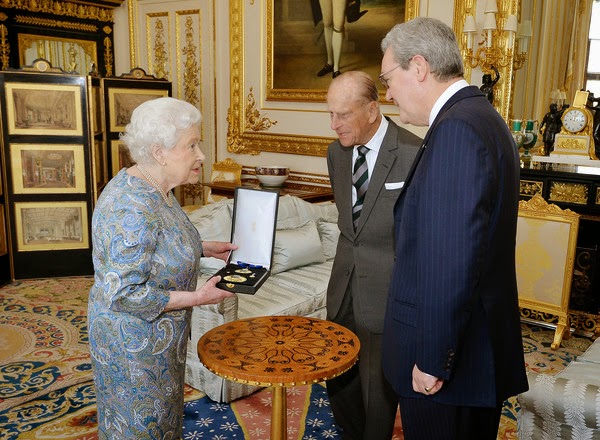