The Black Hack game continues to be fun.  As I write the Kickstarter for the spin-off zine is in it's final hours.  It exceeded all funding expectations and is something that I'm eagerly looking forward to seeing later this year.

Dave is managing his amazing feat of running two games most weeks, though I've missed a few of the Sunday sessions because of the Call of Cthulhu I'm now involved in.  One of the beauties of the Westmarches style of play however is that this doesn't matter.  Whichever players turn up on the night play, and the other can sit it out without too much damage to continuity.

The character I've been playing is Bil Lee, a thief in the Mudharbour Brotherhood who has been rising up the ranks of the Greeen Dragon Tong under the watchful eye of 'Uncle' Wang Lee. 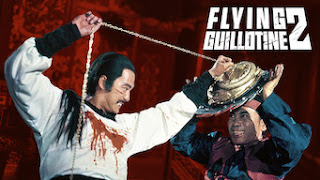 Bil wasn't there when the party battled Crabzilla, but he took part in some of the mopping-up afterwards in which Uncle tasked him to recover the legendary weapon the Flying Guillotine.

The Guillotine proved its worth in the next session when Bil was able to decapitate a Boss Witch (by scoring a hit and then rolling above her HD on a d12).  Nevertheless, Rusty, a party member died.

This is where it gets a little involved.  Rusty was an automaton - a Reliable Rickshaw Runner - and it was determined that if we recovered his familiar, Travis Bickle - who had been snatched by giant bees - and procured a new body for him, we might be able to resurrect him.

In the following session a crack trio of thieves determined to try to do the first part of this, entering the giant hive.  Disaster struck though.   Overcome by venom and terror Bil suffered a fatal heart-attack and only one of his companions managed to escape to safety, empty-handed.

We were doing something different in the Bee Hive Delve.  Although still using the Black Hack rules, we were following the Hex Flower engine devised by Goblin's Henchmen.  More specifically, we were following the procedural methods applied to the exploration of a maze-like giant insect colony in his adventure 'Carapace'.  The proceedure uses Hex Flowers to generate a labyrinth so alien as to surpass human understanding and mapping.

Frankly, I didn't take to it.  I can see why the Hex Flower appeals to some, but using it as part of the game (as opposed to behind-the-scenes world-building) doesn't suit my playing style.  Wandering about in nominal directions chosen on a dice-roll, and then deciding whether to spend points to alter the roll felt a little board-gamey to me.  There's nothing wrong with board-games of course, but for me it brought in too much meta-gaming and broke the role-play.  I suppose I prefer my magic behind the screen!  However, it looks as if we're going back in on Wednesday, so I'll give it a go.
at 10:00

Email ThisBlogThis!Share to TwitterShare to FacebookShare to Pinterest
Labels: RPGs, The Black Hack