Podcasts and Some Books

Perhaps what has been putting me off is that my thoughts on podcasts are really unoriginal.  I'm going to summarise them in a few points


There you go.  You can fill in the details yourself with reference to your favorite 'cast.

So what have I been listening to?

I've mentioned the first two before.  Both are from James Holloway. 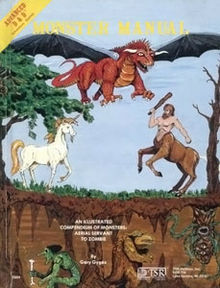 a podcast that delves into the classic AD&D Monster Manual from 1977. Every episode looks at one or more D&D monsters, digging deeper into their inspirations and uses.

After 70-odd episodes James finished the Monster Manual.  He's currently doing some specials before moving on the the Fiend Folio sourcebook.

As a spin-off James also started Patreon Deities in which he does the same thing for Demigods and Deities (this one requires a monthly subscription of at least $1.00).

In his discussion of the Norse Pantheon (just completed), James suggested Saga Thing

a podcast hosted by two friends and former grad-school colleagues who have been reading and enjoying the [Icelandic] sagas for years. We’re both professors of medieval literature and we both have beards.  Though we live quite far apart, recording Saga Thing gives us an opportunity to get together again (virtually) and talk about our love of medieval Iceland.  Our goal is to read and review the sagas, one at a time, in an epic quest to put the sagas of the Icelanders on trial and to celebrate the greatness of saga literature.

Which has also joined my listening schedule.

And of course, I wouldn't be me if I hadn't acquired some related books. 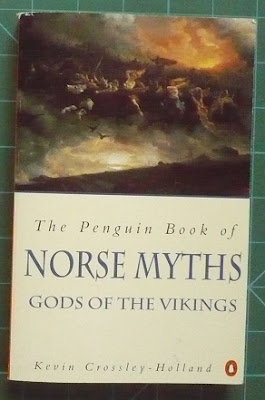 This blog has lost it's direction.  I don't know where to go with it.  But I'm not ready to give up on it yet

The real old guard followers will know that I used to be so short of inspiration, that I would set each day for a different category of post.  That worked quite well, created a lot of posts and led to what some flatteringly called an eclectic mix.  I've not done that for quite a while.

I've not yet given up on the blog entirely, and keep a quiet eye on the stats.  Unsurprisingly, this week has seen a big jump in hits*.  These were on the now defunct (and not up-dating) 'Royals in  Medals' series did - down to the Royal wedding of course.  My regular followers decry the royalism of those posts, but they are consistently the most regularly hit of posts**.   I planed to carry on to some more obscure royals, such as the children of Edward VII and George VI, but I didn't get there.


*Not as big as blogger.com's bot-counter (see left) will tell you, but a real one, as demonstrated by the more reliable flag counter.
**Along, with some reason with that on Sir Arthur Craddock

It won't surprise those who follow me on Facebook*, but my main inspiration now comes when I'm in the pub or when I'm suffering from insomnia.  I need to get away from those situations.  The blog was originally designed to encourage my creative side.  I hope to get back to that.

One of the topics I've been thinking about posting is Podcasts.  I hope that'll be my next post - and soon!
at 20:40 8 comments: Links to this post