It will be a while before I do a proper Royals In Medals entry on Prince Charles and the Duchess of Cornwall, if only because of their complexity.  However, I think it worth noting a development during their current tour of Papua New Guinea.

The gentleman with them is Papua New Guinea's Governor General, Sir Michael Ogio, GCMG, CBE - he's also wearing insignia of the Order of Logohu as well as his GCMG star.

See here for more on the PNG honours system 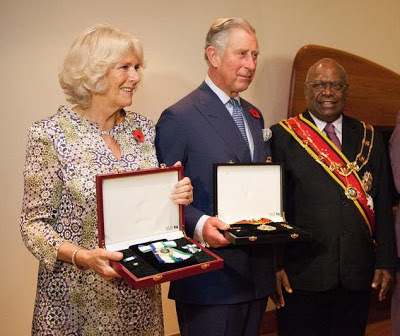